Johnny Green: You Came To Me Out Of Nowhere 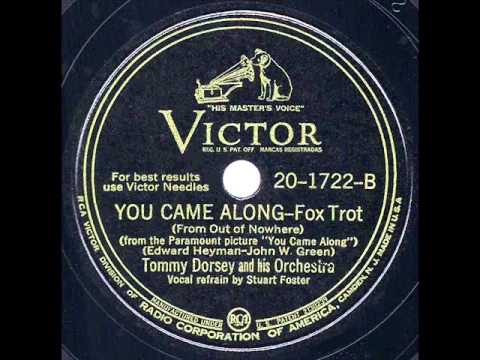 I met Johnny Green in the 1980s. He was well into his 80s and he was there at BAM for the Gershwin celebration concert and TV show to teach us about Gershwin, and about how his big band arrangements went. He took the band through a few numbers and what I most remembered was the sound he got out of them. “This should sound like velvet” he said. We all know velvet doesn’t make a sound, but of course every sax player instantly knew what to do, and they got breathy with their reeds, and the trumpets and trombones fell right in.

Now that we are in 2018, I’m thinking about the mystery of music. It never fails to excite and amaze me. It makes me weep and dance, and it awakens all my senses, including those senses that respond only to music. It’s the magic of hearing a young singer who connects to music in a deep and fresh way that you hadn’t even considered before. So mystery and amazement are my brief theme for Song of the Day this week. It’s what I want to carry into the new year. My fully awake sense of wonder. Here is “You Came Out of Nowhere” written by Johnny Green. I imagine Johnny being at the recording session and saying something to Tommy Dorsey. “Hey, Tommy! Where’s the tenderness?” Something like that. Or not. That’s when people made lots of recordings and actually made money on music. The nice footnote is that Johnny Green conducted the orchestra for the original film of West Side Story. They play it so fast! But I can hear the velvet when it’s needed. Here’s “You Came To Me Out Of Nowhere”.