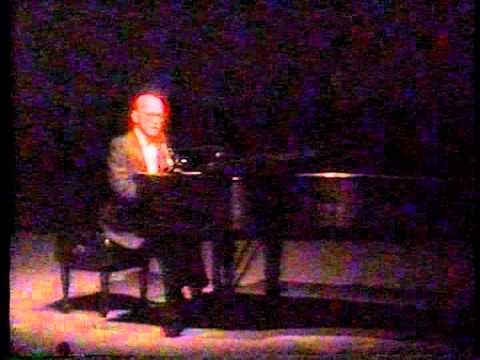 A drag song!  There had to be one, and Steve B. sure picked a winner.  Much to my regret, I had never heard of John Wallowitch until Steve introduced me to this hilarious and memorable song.  The sharp-witted Wallowitch and his impeccable rhymes make me grin whenever I recall them.  I also have a special appreciation for the eponymous hero, Bruce, which was also my father’s name.  It’s nearly impossible, albeit incredibly amusing, to imagine my dad in any of the scenarios depicted in these lyrics.

As fabulous as this performance is, however, you really haven’t lived until you’ve seen Steve Blier and Matt Boehler do this song.  I’m in stitches the entire time, EVERY time.  Don’t miss Manning the Canon on June 25th!

← Prev Post: Tchaikovsky: Amid the din of the ball Next Post: Laura Kaminsky & Leah Maddrie: Right to Life →