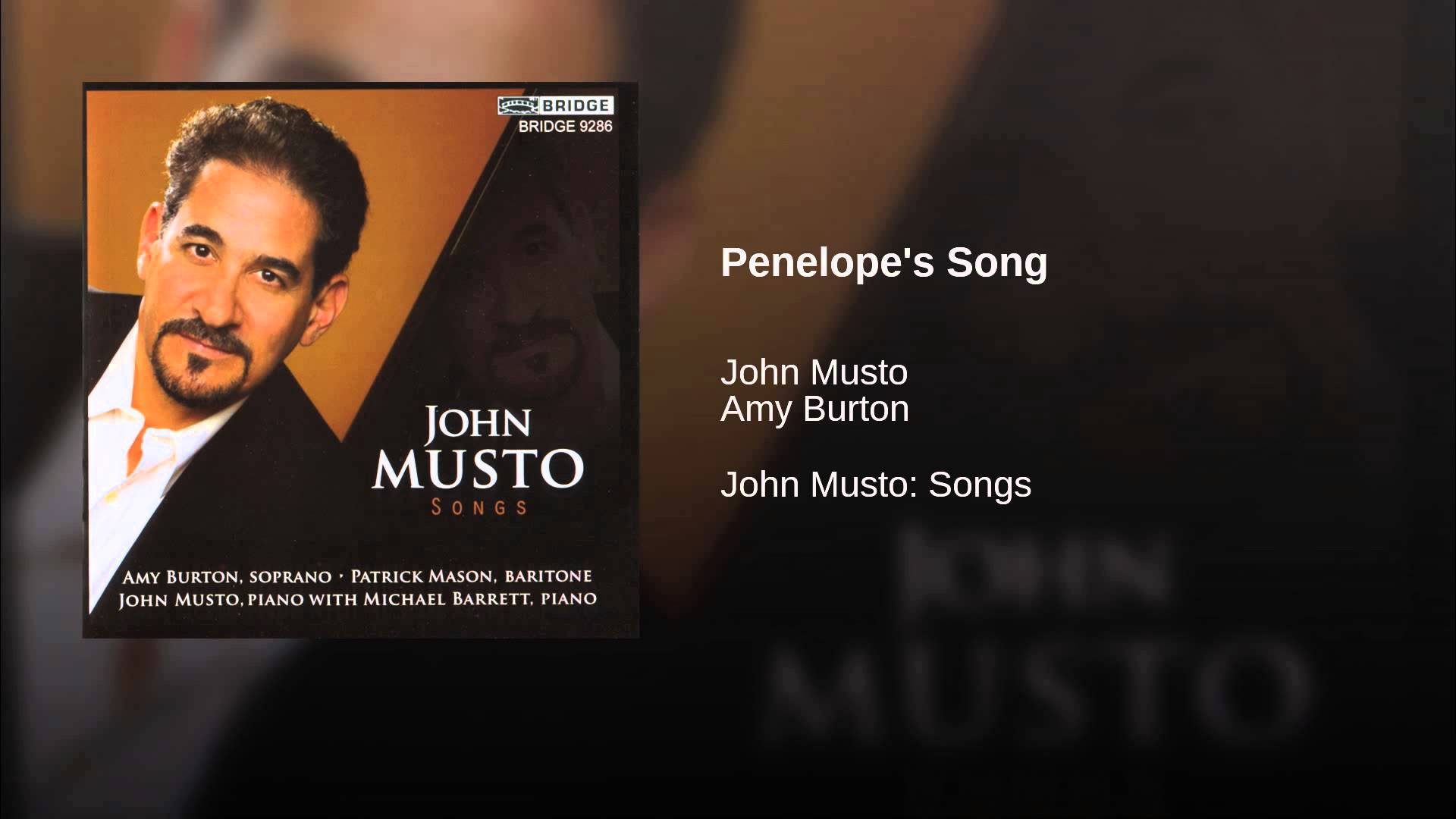 I couldn’t do a week of American song blogs without featuring my friend John Musto. I first heard him at a memorial concert for Paul Jacobs, who had been my piano teacher for a little while. John was playing a duo-piano piece (Schubert, I think) that night. Both guys played beautifully, but there was something special in John’s sound and phrasing that resonated in my soul. I struck up a conversation with him at the party afterwards, and we soon became friends and colleagues. We’re both dyed-in-the-wool New Yorkers, and somehow the contrasts in our personalities helped to forge a bond between us.

I hold John in very high esteem: he is a master of the piano, and he is one of the most intelligent people I know. Since our meeting in 1984 he has established himself a leading composer and take-no-hostages soloist and chamber music player. On the occasions when we play duo-concerts I feel like John’s little piano-brother, taken by the hand, indulged and coddled by a trustworthy adult.

John has written lots of wonderful songs, but since we’re playing favorites this week, here is the one I love the most: “Penelope’s Song” from the song cycle “Penelope.” She waits for Odysseus’s return while half-heartedly entertaining suitors who are certain she is a wealthy widow. She has told them that she’ll choose one when she is done with her spinning, but every night she undoes the work she accomplished during the day—keeping them at bay indefinitely. What she most loves is this complex state of limbo: married, and courted, and anticipating a reunion with Odysseus—but for the moment, enjoying all the time she has to herself, time to dream. “I’m in love with beginnings,” she sighs. “Don’t hurry home.”

John’s music is like a stoned 12-bar blues, full of gentle syncopations and subtle changes of meter. It sounds lulling and relaxed, although it is actually a very hard song to master because of its irregularities—and its long-held high note at the end. John’s wife Amy Burton nails it every time, and made this beautiful recording with her husband at the piano.