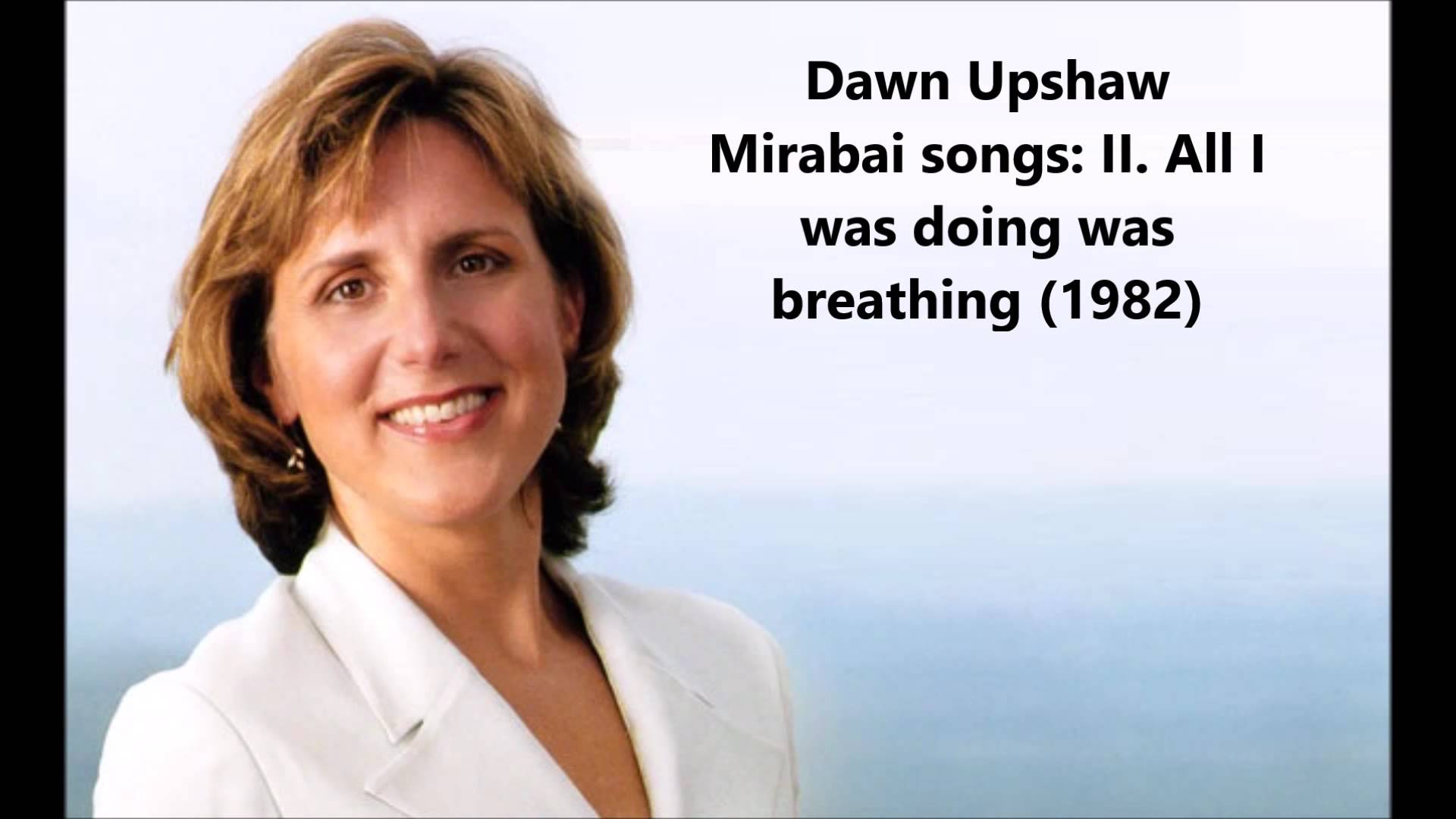 What do you know, I’m finally featuring a non-mezzo! As I mentioned in yesterday’s blog, pianist Alden Gatt and I decided to pair John Harbison’s Mirabai Songs with Schumann’s Frauenliebe und leben for our recent Carnegie Hall Neighborhood Concert. We liked the idea of providing a contrast with the very traditional woman’s role depicted in the Schumann, and we also wanted to feature the words of a woman poet herself (not just the words of a fictional female character). I ended up really falling in love with this cycle. The text is by Mirabai, a sixteenth-century Hindu mystic poet and saint. What I love about her story, particularly when juxtaposed with the woman in Frauenliebe, is that she ended up completely rejecting her traditional role, showing incredible independence and determination. There is some uncertainty about the exact details of her story, but what I’ve gathered is that when her husband (from an arranged marriage) died in battle, the custom was that she throw herself on his funeral pyre, which she refused to do. Already a devotee of the deity Krishna (aka “The Dark One,” whom she considered to be her real husband), her devotion grew even stronger. Rather than remain at the palace with her in-laws, who kept trying to torture and kill her, she escaped to the city to write poetry to Krishna and sing and dance in the streets.

John Harbison set six of her poems, as translated into English by Robert Bly, for which he took some of the inspiration from Indian musical elements and also incorporated unusual scale patterns and complex rhythms. He does a fantastic job of evoking the various states of mind in each of her poems ranging from defiant to transfixed, bewildered to ecstatic, with quite a bit of eroticism alongside the religious devotion. Harbison is so effective at capturing that sensuality as well as her passion and the energy of her dancing. As you can hear, Dawn Upshaw also captures all of those varying aspects of Mirabai so convincingly in her recording with the Orchestra of St. Luke’s. She brings such vitality to her singing and her diction, really bringing the text and the character alive. The style is also complemented so well by the ringing clarity of her voice. You’ll note this is the version as he arranged it for chamber ensemble. It was originally written for piano, as I performed it, and the two versions have quite a different vibe at times – while the chamber ensemble is able to achieve so many different and wonderful colors, I am a bit partial to the percussiveness that comes across with the piano. It’s hard to choose which is best! If you want to hear the piano version, there aren’t a lot of recordings out there, but there is a really nice one with Warren Jones and Georgine Resick.

Rather than singling out one song, I decided to share the entire cycle because I feel like they really need each other as a whole unit in order to be fully appreciated. And they are so varied, it’s hard to pick one that represents the whole. I will say, the one that I get the biggest kick out of is the third song, “Why Mira Can’t Go Back to Her Old House” (at 5:32 on this recording). It was by far the hardest to learn, but just ultimately so much fun to sing and to listen to. Mirabai doesn’t give a damn what anyone else thinks of her — “Approve me or disapprove,” she says here. And then, implying that other people just can’t comprehend the higher plane on which she operates: “I have felt the swaying of the elephant’s shoulder; And now you want me to climb on a jackass? Try to be serious.” Gotta love her.