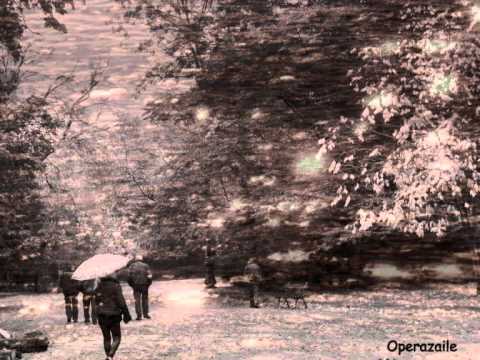 Hector Berlioz, the French romantic composer more known for his large scale works, symphonies, operas and oratorios, than for his song writing, gave us the infectiously carefree and flirtatious “Villanelle” from his song cycle Les Nuits d’Eté. Berlioz was a prolific diarist and letter writer, but wrote little about this set of six songs that he wrote in installments, however we can make some guesses as it was written between 1840 and 1841, while his marriage to his wife crumbled and he began an affair with the soprano Marie Recio (who would later become his wife). The song cycle itself follows a love affair, from the first whispers of young love in the spring (represented by the ebullient “Villanelle”), through a death and mourning period and ending with the promise of new love.

As a stand-alone, “Villanelle”, the first song of the set is one of the most interesting melodies in song literature and surely (at least for me) one of the most fun to sing—it radiates exuberant joy, mirroring the uncontained wonder of the first real warmth of spring and the first hints of a new love.