Harold Arlen: Shake It Off With Rhythm 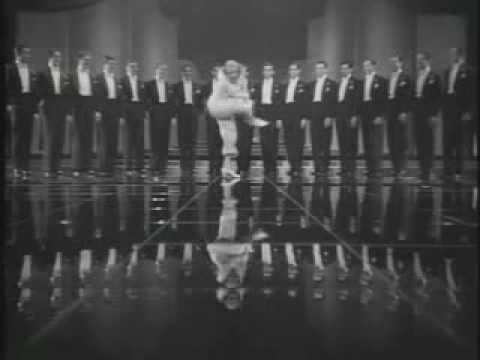 Ah, the pleasures that come from a well-sung note held for a long, looooong time. Rodgers and Hart had a lot of fun with that idea in their song “Johnny One Note,” from their 1937 musical, Babes In Arms. Of course, that wasn’t the first time a composer used that clever device. In continuing to look at songs written by contemporaries of this week’s NYFOS composers “Rodgers, Rodgers & Guettel,” I’ve been thinking of other notable long-noter composers. Like George and Ira Gershwin, whose “I Got Rhythm” was introduced by a very young Ethel Merman in the 1930 musical Girl Crazy. Her high note, held for several bars in the second chorus of the song, became a sensation, and this device was imitated by others, including Rodgers.

A more obscure example (and a personal favorite) is “Shake It Off With Rhythm,” with music by Harold Arlen (1905–1986), a giant in the pantheon of great American songwriters, and lyricist Lew Brown (1893–1958). It comes from the relatively unknown 1936 movie musical Strike Me Pink, which featured—you guessed it—Ethel Merman. You almost get the feeling that the film’s producer, Samuel Goldwyn, said to the songwriters, “Boys, we need a song for Merman about rhythm, and be sure to give her a long high note at the end!”

When I was a kid in Southern California, I chanced upon this movie on daytime television and was completely fascinated by it. I knew nothing of Merman, New York or musicals, and had never heard orchestrations like this. I still remember the moment those two pianos started playing (you’ll catch it at 2:50)—I instantly fell in love with that sound. How lucky was I, many years later, to be able to play several two-piano concerts of Gershwin music, on different occasions, with Steven Blier and John Musto.

You can skip to 0:23 in the YouTube clip, below, which is where the song begins and Merman enters for the first time. There’s a tap dance feature at 2:43 (with a clever trick photography bit) and then, at 2:50, the wonderfully elegant two pianos enter (by the way, Babes In Arms also featured two-pianos in the pit). For a split-second, you can catch the hilarious face of a disgruntled dancer at 4:58 after she has been caught in a rather compromising position. Then, FINALLY, Merman reenters and delivers the goods—and the high notes.

As much as people like to poke fun of Merman’s voice, in the 1930s she was not yet fully “belting” her high notes but, rather, “mixing” them in a sort of clarion head-voice. It was a sound that, even then, got her attention—and apparently prompted Toscanini, when he first heard her voice at the time, to cry: “Castrato!”

← Prev Post: Jerome Kern: Till the Clouds Roll By Next Post: Richard Adler and Jerry Ross: Hey There →