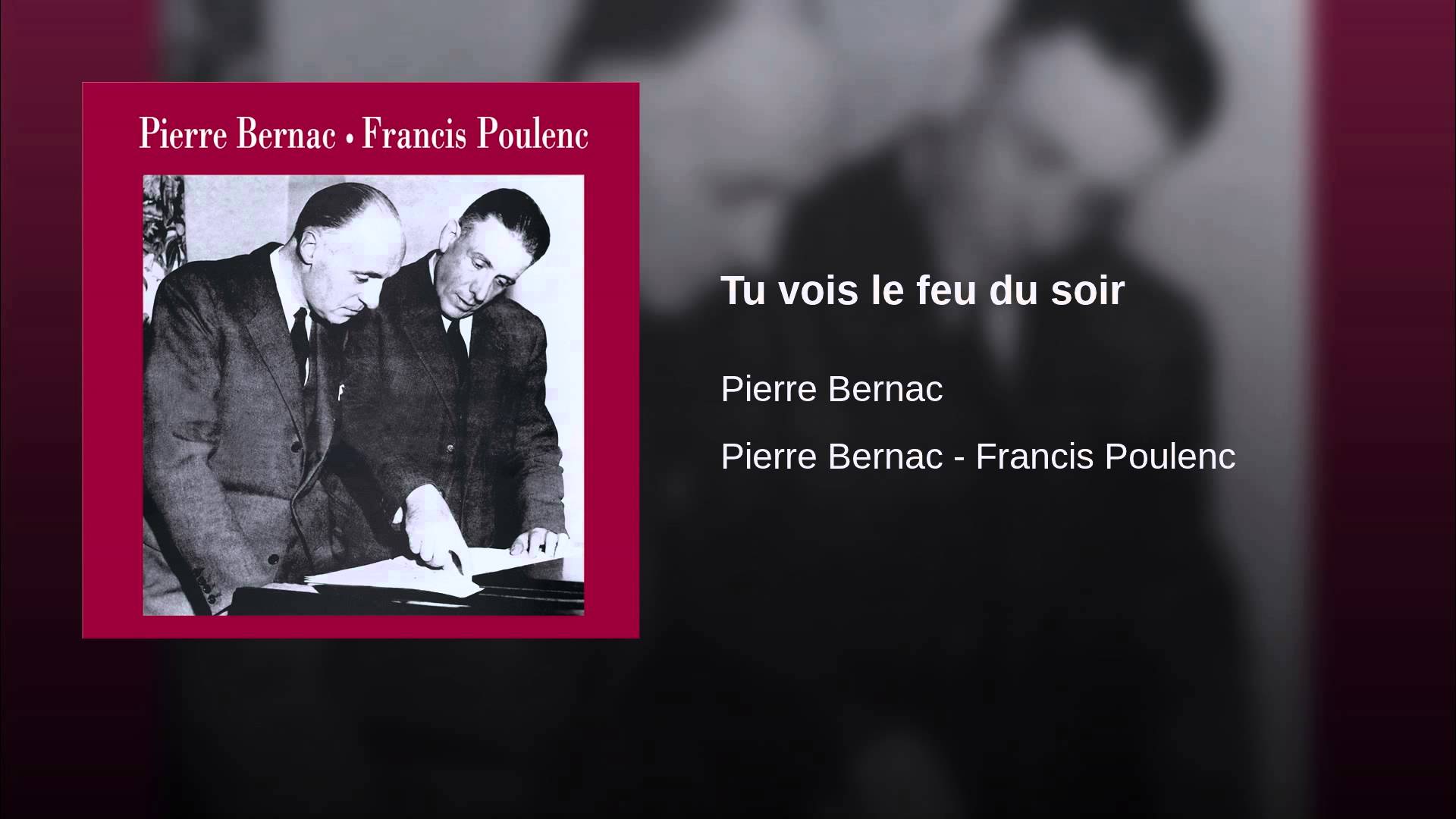 I once asked a pianist friend of mine to read through “Tu vois le feu du soir” with me and he asked, “what’s this song about?”  I have never had a more difficult time answering that question. So I just shared the text with him. Here is the mysterious, surreal text of the poem.  The literal meaning is impossible to discern, yet the language is so beautiful and evokes a profound sense of meaning…it’s just hard to describe that meaning.

Women descending from their ancient mirror
Bring you their youth and their faith in yours
And one, her light the veil that draws you in
Makes you secretly see the world without you.

As with “Flor de Yumuri” yesterday, this poem and this song, I think, speak to deep, universal, and unutterable aspects of human experience.  Eluard, in my personal lexicon, is a brilliant exponent of post-modernism. By this, I mean that he is incorporating into his poetry an acknowledgement that humanity’s entire conception of existence is itself unique to humans.  The way that our brains process signals from the outside world and interpret them to our consciousness is not common to all living things, and yet we do know that the outside world is there, however dimly or incompletely we perceive it.  Some reactionary types see post-modernism as an attempt to dismantle rightful power structures in society (and there is a debate to be had about what makes any given power structure “right”). Today, for example, issues of gender and sexuality are a hot button as so called “postmodernists” argue that gender is the product  entirely of socialization rather than biological function. There is no inherent “girly-ness” as we know it, rather a system of gender identity that reinforces male dominance. “Conservatives” may argue back: that’s ludicrous! There are obvious differences between men and women, and men should in fact dominate because of those differences.  As I try to think through the various arguments I come across on these issues, I often find that both sides have valid points, and yet I find that both miss the big picture by insisting on a one-or-the-other approach. It seems, regrettably, that in our age of polarization the grey area is becoming a forbidden zone.

The main wisdom I’ve attained in getting older is that I know a lot less than I thought I did.  And yet, although there are many mysterious things about life, just because we don’t know the answer to those mysteries doesn’t mean there is no answer.  I find such beauty in the post-modernism of Eluard because he is brave enough to live in the mystery and plumb its dark secrets. I don’t believe that evil is some external force that acts on people. We all possess the potential to do ill. The moral battle we all must fight is to see ourselves clearly and honestly enough so that we don’t allow ourselves to justify doing something evil. There is a seductive comfort in certitude: I know I’m right so whatever I have to do to defend what’s right is justified. That feeling gives one not only a sense of righteousness, but a sense of power and control over the chaotic world, too. It is threatening and destabilizing to probe past the conscious mind which makes order out of the atoms buzzing all around us. This song somehow peeks beyond the paradigm of the conscious mind and through its evocative imagery, rustles up something moving and disturbing, and I think, something true. Poems exist because they are the best way to articulate an idea that can’t be contained by prose or orderly, linear thinking.  In other words, Eluard couldn’t have said it better.