Florence Henderson sings “I Have To Tell You” 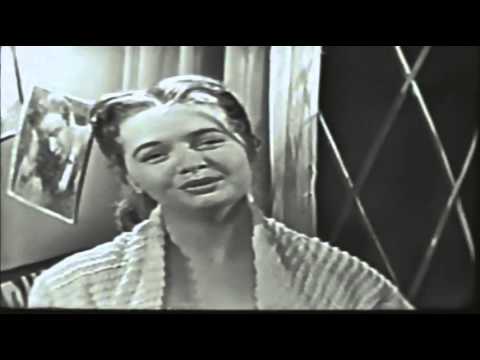 I started watching tv in the late 1950’s.  As I recall, we had two maybe three stations that we could get in our suburb outside the city of Durham, NC.  And being the middle of seven (five boys and two girls), the tv got a lot of use.  For just a few channels, the programming was varied and one could be entertained, from programs like The Ed Sullivan Show or the Wonderful World of Disney to Lassie and Leave it to Beaver.

As I got older, I learned that many of the actors and actresses were actually well known film or Broadway stars.  The list is long but a few examples are Robert Young, Donna Reed, Irene Ryan, June Lockhart, Buddy Ebsen, and Shirley Booth.  And by the mid to late 60’s and early 70’s, there was Eddie Arnold, Shirley Jones, Brian Keith, Tony Randall, Linda Lavin, and so many more.  As a kid in the time before the internet, I didn’t think about what they might have done beyond television.  I was surprised when I later learned that many of the people I was watching on the little screen were actually movie or Broadway stars or both.  Thanks to the internet, one can discover some wonderful video clips or audio clips of these people and see where their careers began.

My spotlight today focuses on one of these tv celebrities, Florence Henderson, aka Carol Brady (The Brady Bunch), who died several weeks ago at the age of 82.  Born in February 1934, she came to NYC in 1951 and made her Broadway debut in 1952 in Wish You Were Here (music by Harold J. Rome, book by Arthur Kober & Joshua Logan, lyrics by Rome).  Later that same year, she would leave the show to begin a national tour of Oklahoma, specifically chosen by Rodgers and Hammerstein to play Laurie.  In 1954, she returned to Broadway in the long-running musical, Fanny (888 performances) in which she originated the title role.  Fanny had the same team of Rome, Kober & Logan.  She went on to star in another Broadway show along with lots of tv work and tours before coming into everyone’s living room as Carol Brady in 1969.

The video clip I offer is from 1954 with her singing “I Have To Tell You” from Fanny.  I find her performance so refreshing and simple and direct…and she was all of 20 years old.  Her voice is much like others of that time period, especially Jane Powell, with a light & lovely pure quality that isn’t pushed.  I can see how R & H were fans.  (FYI: It was down to her and Shirley Jones to do the film version of Oklahoma, and we all know who got it.  According to both ladies, they were then and continued to be good friends.)

Florence Henderson
“I have to tell you” from Fanny, 1954

← Prev Post: Douglas Moore: The Willow Song Next Post: Eydie Gormé sings "What Did I Have That I Don't Have?" →
Selected posts in the Song of the Day category