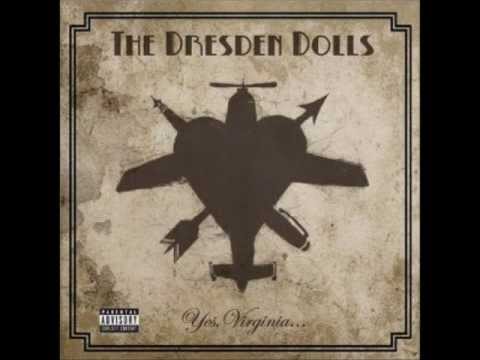 In light of recent events I would like to start off my first EVER Song of the Day with a song by the band The Dresden Dolls. This band was introduced to me by the illustrious soprano Brenda Rae as we drove back together from a summer at Central City Opera. As it would happen, years later we would both end up holding fest positions in Germany (she in Frankfurt and myself in Hamburg) and singing together once again in Ariadne auf Naxos, but at the time we were both Young American Artists coming off playing mother and daughter in The Ballade of Baby Doe and jamming to the alternative rock/cabaret duo, The Dresden Dolls. Although the group has many more edgy and uniquly musical selections to offer than the one I’ve chosen, this song resonates greatly with the current political and social climate we find ourselves in (on both sides of the pond, I’m afraid). I’ve been a fan of Amanda Palmer’s deep androgynous voice for a while, but it’s her fearlessness as an artist, entrepreneur, and musician that I think truly sets her apart from the rest of the bunch. In “Sing” she calls upon everyone to communicate in a way “that’s like touching except you don’t touch” and like “talking except you don’t talk. You sing.”