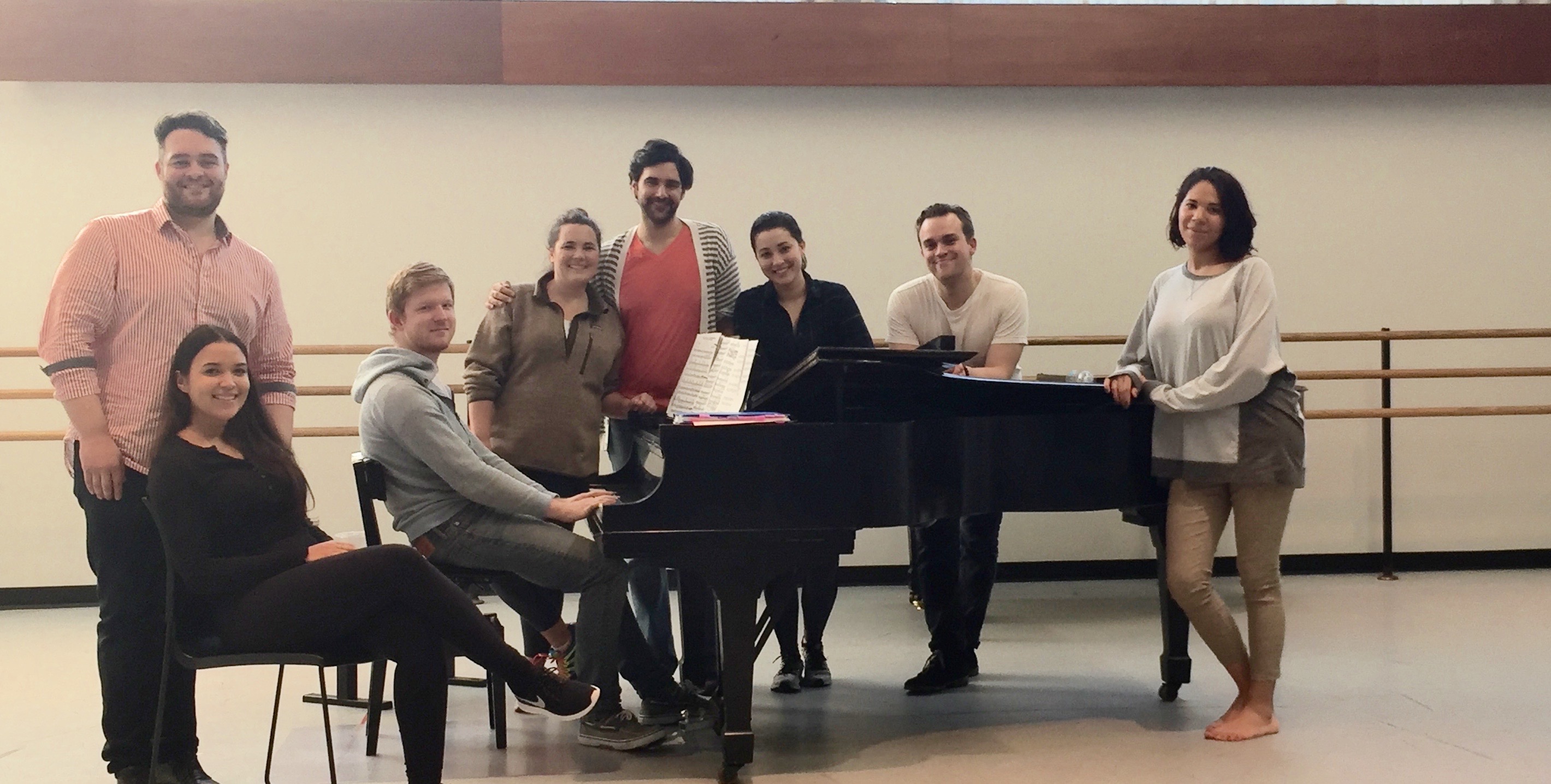 The work continued today much as yesterday, with a significant difference. In the morning I received an email in which Sam Levine brought up a thorny question: “Do you think anyone will be bothered by the racial and gender politics in the show?” He was referring especially to an Arlen tune, “Two Ladies in the Shade of the Banana Tree” from House of Flowers. Clearly Sam, who is very smart and very aware, was uncomfortable with it, and I could see where all of this was coming from. The song is sung by what we would now call two sex workers in a brothel, and they extol the virtues of their island and the beauty of its women. It’s a rollicking piece with a great tune, sunny spirits, and a bit of sass. It is fun. It is not Brecht. And yes, it was written by white men, a straight Jew (Arlen) and a gay gentile (Truman Capote).

I’ve played this song for years without a second thought. To me, these women come across as cheerful, brazen, somewhat vain, happy to be alive, and clever. They are denizens of a musical comedy, not a documentary about the exploitation of women, 50s girly-girls. I grew up with these stereotypes and I am used to them—knowing that they have little to do with actual life.

I was thinking Amanda and Mikaela could sing it in our show, but I didn’t want them to do it if they found the song creepy or creaky. So I auditioned the material for each of them separately, and they both loved it. We’ve even performed “Two Ladies” already—at Henry’s in October. Brought the house down.

But because of Sam’s qualms, we started the day with a discussion about American culture and American history—and political correctness—and the contemporary urge to rewrite older works to bring them “up to date”—the costs, the benefits. These are hot-button issues right now for performers, and our talk lasted over half an hour. Mary Birnbaum made sure that everyone contributed. The boys, of course, were happy to speak their mind (especially me); the girls were at first more reticent but came out with some amazing thoughts. Bless Mary for making sure everyone in the room contributed.

Amanda said that she had no problems with this piece—she thought that it showed spunk and pride and a healthy kind of vanity. What she had trouble with was someone else—as she put it, “some rich white woman in Row H”—telling her what she should feel angry about. She did not want to undergo that kind of censorship. Mikaela agreed about “Two Ladies,” and didn’t see any problems with it. Her issues had to do with some of the black dialect in her other Arlen songs, “Sleepin’ Bee” and “Sleep Peaceful, Mr. Used-to-Be.” Seeing phrases like “Maybe I dreams,” or “But you’se alone on another train tonight,” she questioned the portrayal of ethnic women as uneducated. At first she thought it was condescending, but we’ve talked about it a lot (and discussed Paul Laurence Dunbar, and Isaac Bashevis Singer, and the history of written dialect in American letters). I think she now has a different understanding of what had looked like the Ebonics of musical theater.

Kelsey finally spoke, and told us that she had deep feelings about this—and also about her comedy number in which she plays a very non-P.C. version of Carmen Miranda (and is hilarious, with a thick Latino accent). The reason? “Well, my great grandfather was Tetsu Komai, the first Japanese actor in Hollywood to play real, speaking parts. He’s the head servant in The Letter with Bette Davis. And he had lots of other roles. But he was always playing Chinese characters, not Japanese. This was during the Second World War, and the Japanese were the enemy. And of course, all Asians were thought to be pretty much the same. But he made a career playing these stereotypes, and he did what he had to do, and he carved a path for other Japanese-American actors.”

It was a very interesting discussion, eye-opening for me on many levels. I learned a lot about my cast, and I learned even more about myself. Do I gloss over stereotypes too easily? Am I too complacent? And I reflected about growing up seeing only two types of gay characters in movies—flaming queens (in comedies) and guilty, tragic people (in dramas) who usually committed suicide or got killed. It’s different being part of a minority that can make itself invisible, with a little effort. But the psychological damage is just as deep. The choices did not look good, and they scared me.