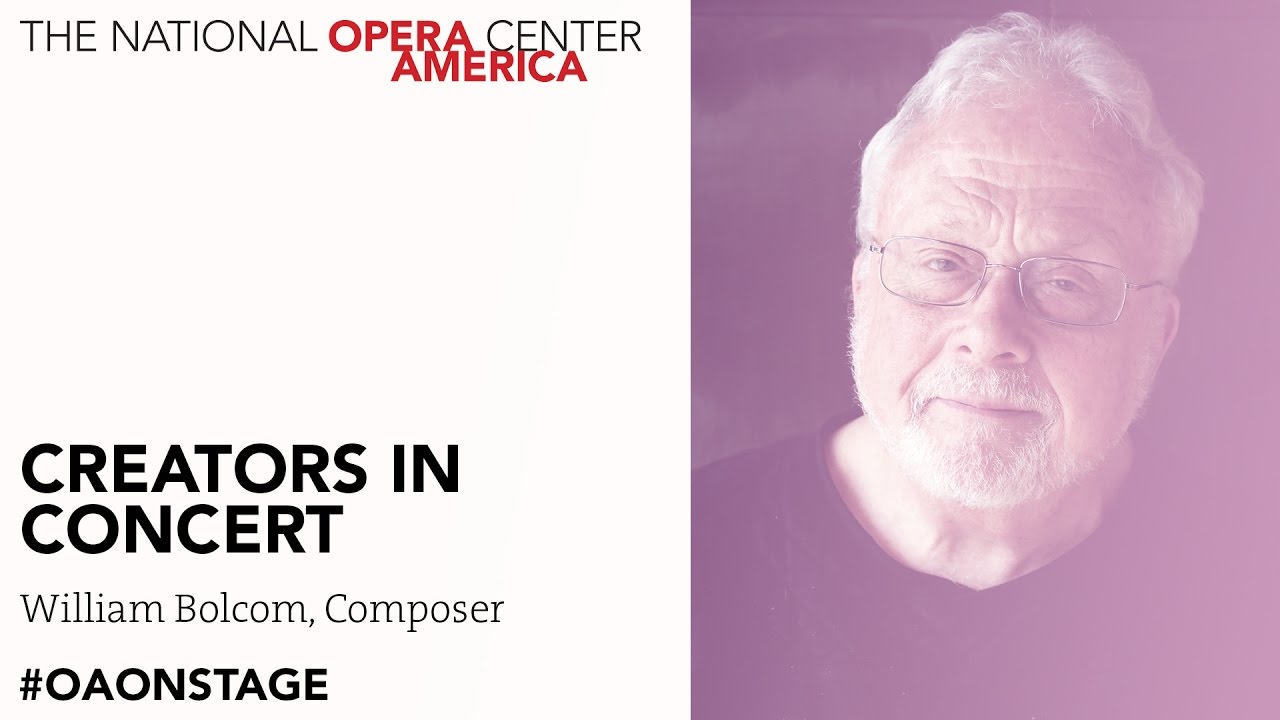 It’s been a very busy winter at NYFOS. Tchaikovsky, Paul Bowles (A Picnic Cantata), Gabe Kahane, Bill Bolcom, and the Juilliard Protest program. Steve Blier jetted off to UCLA to work with the students and Peter Kazaris. Opera America asked us to help with their Bill Bolcom conversation just a few days ago. I grabbed it, knowing it would be great to see Bill and Joan Morris again, and that it would be a really good chance for our singers to meet the composer and get some coaching from him.

Certainly one of our most successful living opera composers, Bolcom has an amazing way of writing arias that sound really American, and still sound like Grand Opera. I hear jazz chords, the blues, and american musical gestures which I don’t have a name for. And it is all somehow spun into soaring operatic melody.

Here are “Paula’s Aria” from the just premiered Dinner at Eight (libretto by Mark Campbell) sung by Amy Owens, followed by “But You Do Not Know This Man” (Catherine’s Aria) from A View From The Bridge (libretto by Arthur Miller and Arnold Weinstein) sung by Mikaela Bennett. Both arias are sung by young women who believe they have the key to helping that flawed man in their lives. Through the power and determination of their love, they will get the failing object of their affection to wake up, correct their ways, and live happily ever after. Of course, neither girl in their heart of hearts thinks it will work. Bill’s music tells you that, as do these two beautiful performances.  Leann Osterkamp is with me at the piano.