Every year, we are asked to contribute to the great NYFOS Song of the Day blog, and each time, I am moved by something in my own life. This time around, there’s nothing more prominent in my life than my literal stomach, which is currently housing a child who will make an appearance imminently (baby is due March 7th !). I am incredibly sad to miss this year’s Vocal Rising Stars at Caramoor, which always brings me back to my roots in classical song, but everyone should take comfort in knowing that our sweet little one is being born into a family of musicians and we will sing to her from the moment she is born. This time, I chose two songs that will perhaps always remind me of her and will be sung to her, no matter who she turns out to be.

I grew up in a household full of music. Both my parents are talented amateur musicians and compulsive singers – you have to find yourself taking care to not say any sing-able phrase aloud lest the whole family breaks into song mid conversation – even a cheerful “Good Morning” will either give you Garland and Rooney or, perhaps more often from my flower child mother, “Good Morning Starshine” from Hair. “Goodnight”, on the other hand, is eternally reserved for the Beatles. Written by John Lennon for his five-year-old son Julian and sung by the dear, underrated Ringo Starr (over very simple piano in this early take, though the final version arranged by George Martin was orchestrated per John Lennon’s wishes).

Caramoor’s Senior Artistic Planning Manager, Ellie Gisler Murphy is celebrating five years
working in programming and production in the Artistic department at Caramoor. Ms. Murphy
received her BM in Classical Vocal Performance at the University of Connecticut before
pursuing artistic administration professionally. She worked at the Metropolitan Opera,
Glimmerglass and Castleton Opera Festivals, and Columbia Artists before finding her home at
Caramoor where she enjoys the diversity and innovation of Caramoor’s multi-disciplinary
programming.

We have come to Day Three. Hump Day. To get us over the hump, I must offer you John Lennon’s “Imagine”. I sang this, barefoot, at one of my high school talent shows. Friends of my father, who live in the tiny town I’m from, still remember that performance. Or, at least one of them does. We need this song. Let’s all sing it together. But first, click on that youtube link and let’s listen to the master’s footsteps walking through fog with the woman he loves before he sings his song in a way that guts me, Every. Time. “Imagine all the people livin’ life in peace! […] I wonder if you can…” 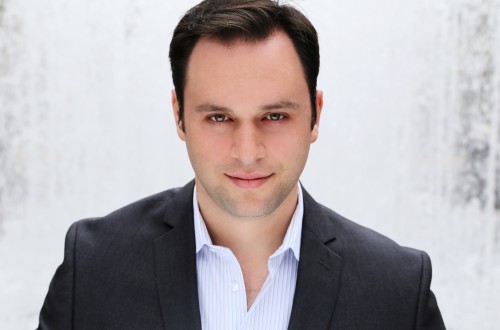