Song of the Day: November 27 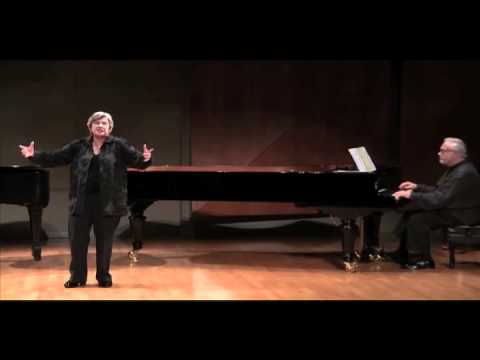 Steve Blier has been our dear friend for so many years.  I first worked with him when he coached me in the role of Polly for The Beggar’s Opera done at the Guthrie Theater in Minneapolis. Steve’s friend Alvin Epstein was running it and asked Bill to complete the score that Bill’s teacher Darius Milhaud had partly arranged from the John Gay 1728 compilation of well-known tunes of his time. (Only one of those tunes shows up in The Threepenny Opera, by the way.)

Steve also coached me for the premiere and recording of Bill’s Fourth Symphony, conducted by Leonard Slatkin, and showed such painstaking patience and support during our work sessions.  I began my career as an actress and began serious musical work later in life so that many things didn’t come easily to me, especially working in so-called ‘serious music.’  Because of Steve refining my abilities and taking care that I honored every musical value, I was able to be confident when I got up in front of the audience.

And Steve was always a pleasure to hang out with.  We shared many silly jokes and gossip and stories during those rehearsals. Much later Bill and I were lucky to work with NYFOS on several occasions, plus I admired and learned a lot from Steve’s elegant program notes on the composers and lyricists they featured.

Here’s Bill:  In 1969 Alvin Epstein, Martha Schlamme, and I began a run of a Kurt Weill evening originally put together by Alvin and the pianist Will Holt.  After our first showing at Yale, we went on to small theaters in New York, and very soon after I met Steve when he took over the piano reins; I was struck by his resourcefulness and strong theatrical sense.  In 1978 when Joan played Polly at the Guthrie, Steve was very much around; our duo Bolcom & Morris was at its hottest then, and not long after NYFOS would be born with the idea of drawing from classical and popular music sources in the same evening.

In retrospect it all seems like a natural growth, but at the time what we did was nothing short of revolutionary.  Both Steve and I pioneered the idea of the pianist speaking to the audience about the songs as we performed them, and Steve’s notes for the NYFOS programs would continue the idea of informing the audience in an engaging way—he is a wonderful writer!

NYFOS’s approach has energized the often-moribund voice recital for so many years, and Joan and I are extremely proud of him.  But more than that, Joan and I sing in chorus when we say, “Love you, Stevie!” and “Happy Birthday!”