Mose Allison: If You Live 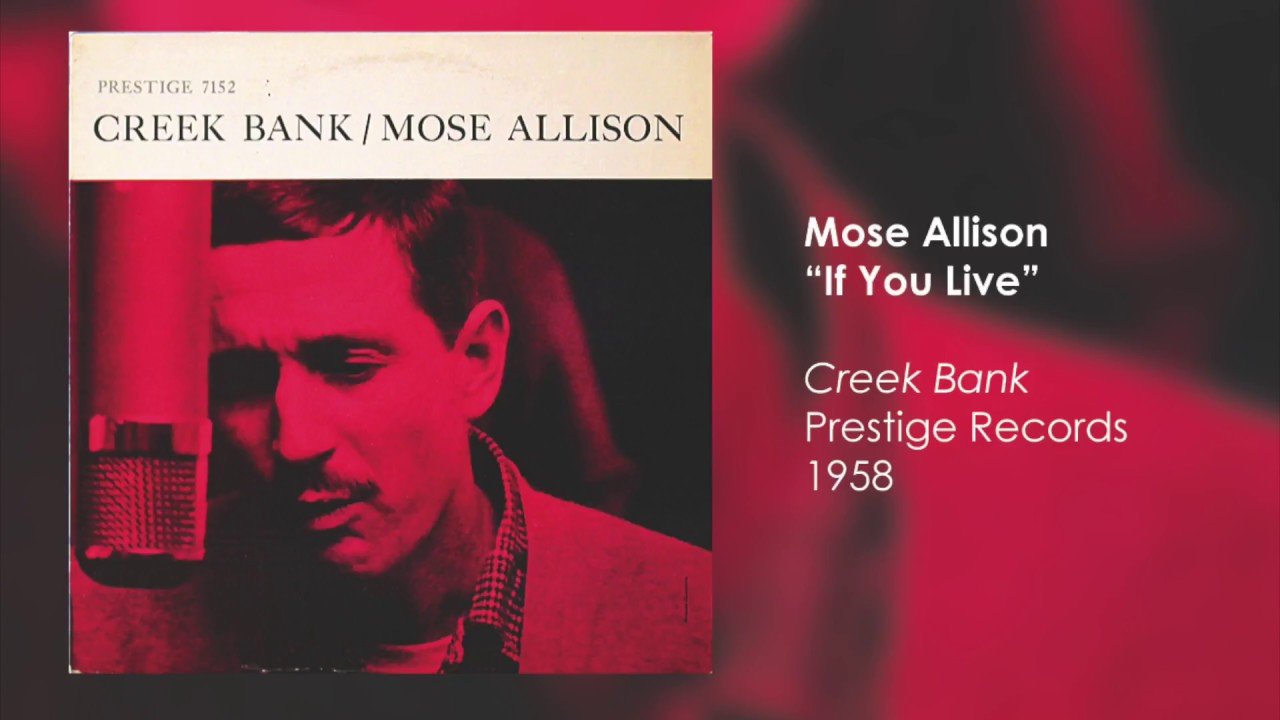 As we prepare for W. C. Handy & the Birth of the Blues with program consultant Elliott Hurwitt, we revisit his first week hosting Song of the Day. This song was originally posted on October 30, 2015.

Mose Allison was born on a farm outside Tippo, Mississippi, in 1927. He got a college education, interrupted by a stint in the military, and arrived on the New York jazz scene in the early 1950s, a fully-formed musician who soon got steady work as a pianist for saxophonists Al Cohn, Zoot Sims, and Stan Getz, and by the end of the decade was releasing albums in his own name. These records on the esteemed Prestige label, with titles like Back Country Suite, Creek Bank, and Local Color, caused something of a sensation. Allison isn’t like anyone else: his laconic drawl is more southern than Elvis Presley’s, many of his listeners assumed he was black, and Jet magazine wanted to publish a feature article on him. In common with such younger colleagues as Dr. John and Van Morrison, he dug deep into the African American tradition, and he showed the wide-ranging musical curiosity of his own contemporary Ray Charles. Once Allison began singing on records he proved to be one of the finest interpreters of Duke Ellington’s songs.

Allison is a great songwriter in his own right: “Everybody’s Cryin’ Mercy,” covered by Bonnie Raitt; “Young Man’s Blues,” covered by the Who; “Parchman Farm,” about the notorious Mississippi prison; “Your Mind is on Vacation”; and several other modern standards. No one can be more analytical, even scientific, about affairs of the heart. Who else has a song of appreciation to a lover that concludes, “Your Molecular Structure—O-Whee!”? Let’s face it, Mose Allison is just the coolest man in the world. On “If You Live,” he advises us not to overtax ourselves since, after all, everything’s going to happen anyway. It’s a beautifully structured, deceptively simple work of art. The setting is Allison’s standard trio; he always had good sidemen for these records, here bassist Addison Farmer and drummer Ronnie Free. The wonderful engineering on this track is by the legendary Rudy van Gelder; he builds an aura around the drummer’s fadeout, increasingly ominous.  Ask not for whom the bell tolls; it tolls for thee.