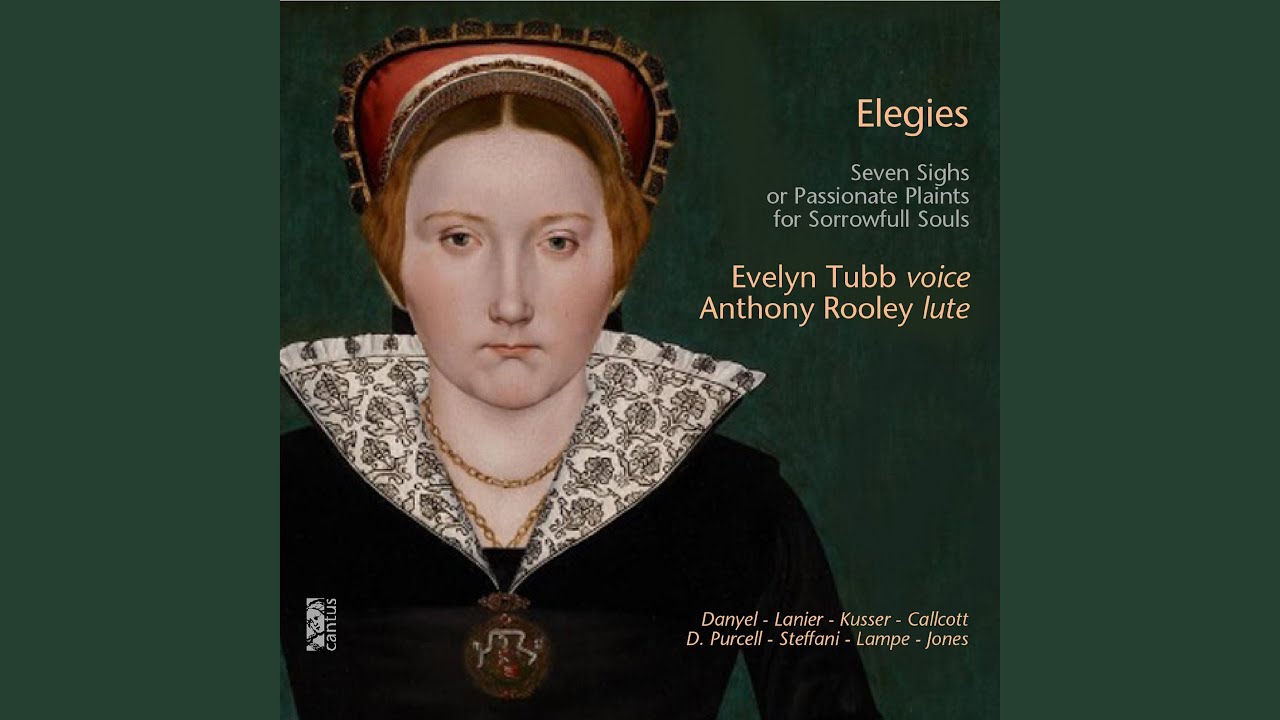 John Danyel (1564-1626) is in the shadow of John Dowland, who is rightfully installed in the pantheon of the greatest songwriters ever.  But Danyel left us some amazing songs, and this is one of them.  It’s a mini song-cycle, whose three parts share a slightly varied refrain.  The text is anonymous, but one is tempted to ascribe it to John Danyel’s famous brother, poet Samuel Danyel, whose works John edited.  In any case it is a uniquely moving expression of grief: How can tears be appropriate to express the loss of a loved one, when they can be elicited by so many other emotions – even joy?  It bears the subtitle Mrs. M. E. Her Funeral Tears for the Death of her Husband.  It is a work created by two artists to help an individual plumb the depth of her grief. Evelyn Tubb sings with Anthony Rooley, lute.