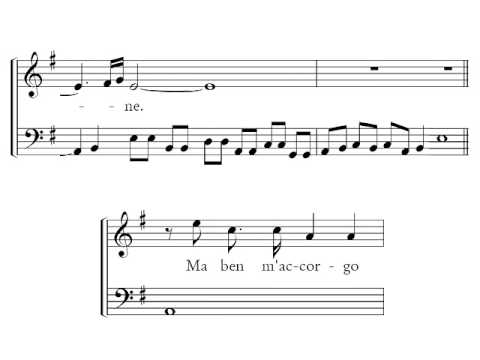 Hildegard von Bingen is a tough act to follow for anyone. But about 500 years later Barbara Strozzi appears in Venice (1619-1677). Another remarkable person, all the more remarkable because of her status, talent, and visibility. She published a great deal of her fine music, and performed widely as a soprano.

So how did a female have such success in the catholic Venice of the Baroque era? Being a student of Francesco Cavalli at an exciting time of musical development probably helped. This was when a new art form called opera was beginning to take shape. I like to think that the real support behind her was her father. He recognized her talents, procured the best teachers for her, and didn’t apologize for her sex. It is perhaps a good lesson for us dads with daughters. Pay attention to supporting the development and flowering of your daughter’s talents! Maybe if we get that part of our social evolution to happen, one day we’ll have all the women composers we will need.

But Barbara Strozzi was a force for the musical good, over 300 years ago. Here is her Lagrime mie from 1659, her Op. 7. Follow the score and see how this wonderful early music soprano manages the elaborate ornamentation.