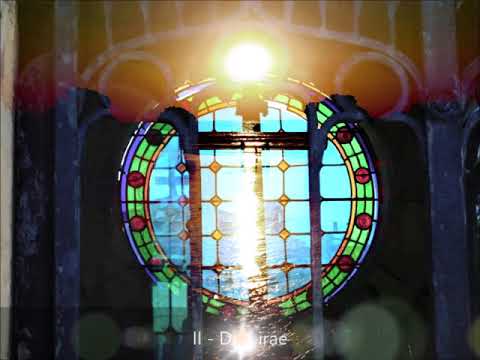 The summer before last I became obsessed with the Verdi Requiem. It’s a piece I’ve known since I was 13, when I got the Leontyne-Jussi Bjoerling LPs (in monophonic sound) as a bar mitzvah gift. But now, due to the miracle of Spotify, I suddenly have the capacity to hear a slew of recordings, all available by touching a screen. Young people take this digital bonanza for granted, but after lugging stacks of records home from the library as a kid, I never cease to marvel at how easy it is to indulge my musical whims. I floss while listening to Leonard Warren’s Ballo broadcast from 1947. I pop my lenses out to the sounds of Maria Callas’ Rosina live from La Scala. As Casilda says in The Gondoliers, “It’s too much happiness!” (Pronounced “heppiness.”)

Spotify has a Daily Mix based on the music I’ve listened to, and it seems they have never forgotten my Verdi Requiem summer. It pops up constantly on the playlist they offer me, even though I have by now moved on to other obsessions. But from all my Requiem-listening, one cut did stand out in my mind as the most extraordinary of all: the Agnus Dei movement as sung by Montserrat Caballé and Fiorenza Cossotto (Barbirolli conducting). This section comes about two-thirds of the way through the Requiem, right after a rousing double-fugue chorus. The brass is blaring, 125 people are singing at the top of their lungs-and then, out of the silence, the soprano and the mezzo sing a duet entirely in octaves. They start out unaccompanied and gradually accrue the gentle embrace of chorus and orchestra. It’s magical. And difficult: exposed, a cappella, hushed, hard to keep in tune—and a uniquely beautiful use of two women’s voices.

I do not think either Caballé or Cossotto was an easy colleague, but for the brief duration of this duet they line their voices up like operatic Siamese twins. Cossotto drops her tendency to grandstand, locating a timbre like the most beautiful countertenor you have ever heard. Caballé’s skill at sustaining a floated high tessitura is at the service of immaculate taste and refinement. The two women still hold me spellbound.

There are other Verdi Requiem moments I came to treasure—Ricciarelli’s performance with Abbado is superb, and Marilyn Horne’s with Solti may be her single best piece of singing on record. But Montserrat and Fiorenza—two gifted singers not averse to self-indulgence—sing this music as if in the presence of God himself.

This is the complete performance; the Agnus Dei is at 1:04:45