Tchaikovsky: Amid the din of the ball 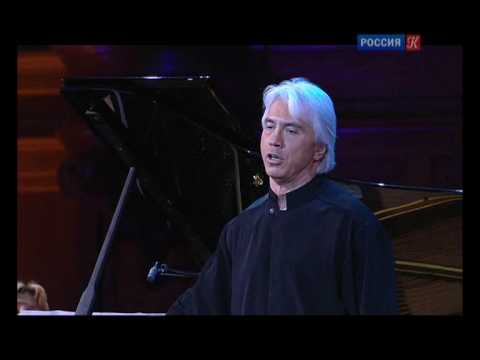 It’s great to be back hosting Song of the Day, and Donna and I are excited to share some previews of our upcoming co-presentations with NYFOS next month!  I thought I’d start it off with one of my all-time favorite songs EVER, which somehow happens to be featured in Manning the Canon.  When Steve Blier and I first discussed this program over ten years ago, we knew we wanted to include a piece by Tchaikovsky, and I must’ve put this one forward, though I can’t remember exactly if he did as well.  Steve was looking for songs not only by gay composers, but ones that he felt could illuminate a theme or experience of gay life.  He contextualized this song beautifully for me, as not just a missed encounter at a social event, but as secret, forbidden attraction that grows into a haunting keep-you-up-at-night fixation… “Do I love you? I do not know.  But it seems that I do.”

“Amid the din of the ball” was one of the first songs I learned after my first lessons in Russian diction at CCM with Ken Griffiths.  I was drawn to its dreamlike waltz feel, its elusive but somehow incredibly vivid images from strophe to strophe, and the way Tchaikovsky spins his gorgeous melodic gifts from a noisy ballroom into a solitary bedroom. I had the pleasure of performing this song with Steve in two sets of Manning the Canon performances years back, and I really can’t wait to hear him waltz with the fantastic Efraín Solís on June 25th.

Here’s a version by the late, great Dmitri Hvorostovksy, with pianist Ivari Ilja:

Stay tuned for more songs from Jesse, Donna, and 5BMF this week!

Since 2007, Five Boroughs Music Festival has enriched communities and cultivated new audiences by bringing world-class, affordable chamber music to all corners of New York City. Described as “imaginative” by The New York Times, “enterprising” by The New Yorker, and “vital” by WQXR’s Operavore blog, 5BMF’s commitment to musical outreach and engaging programming has distinguished us as a standout presence in the NYC arts community. 5BMF will co-present NYFOS Next: Laura Kaminsky & Friends on June 11 and Manning the Canon on June 25 at The LGBT Center in recognition of WorldPride and the 50th Anniversary of the Stonewall uprising.