Take 6: Come Unto Me 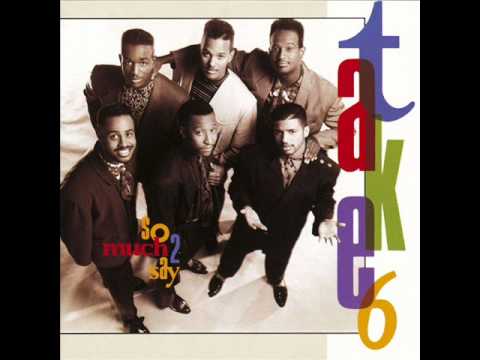 Growing up, I was fascinated with the Grammy winning a cappella group “Take 6”. A group of six young black men singing about the power of goodness and Love was an incredible thing for me to look up to. Take 6 was started by singer Claude McKnight and 5 of his classmates at Oakwood College. Oakwood is a religious school in Alabama that has a rich culture of music. 16-time Grammy nominee, Brian McKnight attended Oakwood and is the little brother of Claude McKnight. Oakwood has produced some of my favorite opera, soul, and jazz singers, so it is no surprise that all of the members of Take 6 attended this incredible institution. One of my favorite pieces from the Take 6 catalog is “Come Unto Me”. It is a biblical text from Mathew 11 verses 28-30 that is the words of Jesus telling his people that if they are tired from carrying their burdens, they should come to him and learn gentleness and humility to allow them rest. As a child I was obsessed with the close harmonies, and as I got older, I started to appreciate other elements such as word painting, and the words themselves.