William Finn: I Feel So Much Spring Within Me

Helloooooo spring! Hello sunshine, budding trees, my impending sneeze, and a fresh “spring” in my step. When I was asked by NYFOS to contribute to Song of the Week, I immediately knew my theme and what song to start with. To kickstart my Spring-themed Song of the Day, I bring you composer William Finn’s closing number from his musical, A New Brain. After all, “Heart and Music make a song!” 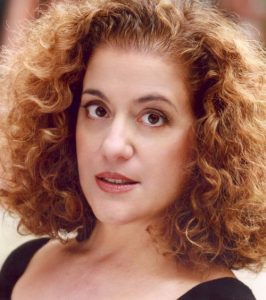 Artist of the Month features Broadway veteran Mary Testa. She is a two-time Tony Award nominee, for performances in revivals of Leonard Bernstein’s On the Town (1998) and 42nd Street (2001). Ms. Testa will appear in NYFOS’s upcoming gala 30! on March 26 at Carnegie Hall.

You’ve been singing with NYFOS for over ten years. How did you first get involved with the organization?

I think Steven Blier asked me to do a gala. I think that is how I started.

You’ve been performing on Broadway for almost 4 decades. How has the industry changed since you began your career?  What’s remained consistent?

I don’t really think it has changed too much. What has changed is the pay scale. It has gone down. What has remained consistent is the fact that an actor is always out of a job, and always has to get another one when a show is over.

To what do you credit your ability to sustain your career over the years? How do you take care of yourself to ensure that you are able to perform at your best night after night?

I enjoy doing all kinds of things, and I am constantly involved in readings, benefits, etc, so I am always working my craft. And I really enjoy working in different mediums, concert, television, film, plays and musicals, so that keeps one very fresh.  I have had to perform many times when I am very ill, so I am not always 100%.  But you just do the best you can in any situation.

You’ve appeared in revivals as well as originated roles in new musicals. Is there anything different about your approach to material with a history versus brand new projects?

I don’t think there is. I think I approach everything the same. I work from the inside out. I find the similarities between me and a character, then I build from there.

Do you seek inspiration from past performances of certain roles or actively avoid their influence as you craft your interpretation?

I never watch someone else do a role that I am doing. I don’t find that helpful at all.

I am very excited about the fall. I cannot say what I am doing, because casting has not been announced yet, but it is a project I have been involved with for 3 years.

Are there any popular musicians of today that you listen to or who you think are doing interesting work?

I am a very big fan of Michael John La Chiusa, and have been very fortunate to do 5 of his shows. I love working with him, and his music to me is genius. And I love and miss Prince. And I must admit, I love everything that Missy Elliot does.

Song to me is monologue. You must be able to make sense, and make music at the same time. Love it.

“Two short years” by Rodgers and Hammerstein. Ted Chapin introduced me to this song, I believe, many years ago. Just the most absolutely perfect, wise and complete lyric I have ever sung:

Thrills and cheers
And chills and fears
Overlap in a flying montage.
Crowd each day
Then melt away
In the wake of a waning mirage.
But a dream often lingers
Like a lovely chime
That echoes in your ears,
And a dream on a planet
Lives along, long time
After two short years.

Ed. note: We have not been able to find a recording of this song to share with you. It was originally written for their musical Allegro, but was cut. Clearly, Mary Testa needs to record it!  Until that happens, we’ve decided to toss this to you, our Song of the Day readers. Anyone able to send us a link to a recording of “Two Short Years,”  wins a pair of tickets to hear Mary Testa in Rodgers, Rodgers & Guettel on November 1 or 3. (Limited to the first 5 people to respond.) Don’t know where to find this song?  Buy your tickets today:
Tuesday, November 1 >
Thursday, November 3 >

Tony Bennett singing “Here’s That Rainy Day” by Johnny Burke and Jimmy Van Heusen. Nobody loves a sad song more than me. Exquisite. And nobody does what Tony Bennett does.  Nobody.

“Daybreak” by Adam Guettel from Floyd Collins. I must have listened to this at least 800 times. To my ear, it is a spectacularly sad song, which I love, and Christopher Innvar and Jason Danieley’s performances are heartbreaking.