Today is the first day of rehearsals for the revival of the upcoming Manning the Canon concerts. Several years have passed since our last performances and I am excited to come back to it; it’s always an enlightening experience revisiting a program after some time. It will be a joy to reunite with Steve Blier and Matt Boehler and I’m looking forward to meeting and working with our two new cast members: Efraín Solís and Daniel McGrew.

In the spirit of World Pride and 50th anniversary of Stonewall, I chose today’s Song of the Day for my husband and love of my life for over 27 years. “That’s Him” is from One Touch of Venus (1943) and Kurt Weill’s unencumbered melody and Ogden Nash’s unpretentious words are sheer magic. Written in the form of a “list song,” Ogden Nash rattles off a long list of situations to describe just how truly special someone is. In this case, a list of simple analogies gives a more accurate description of a loved one when a formal definition would be elusive or inadequate. I am the first to admit that I am not especially quick-witted or good with words, and so I leave the cleverness of defining what my husband means to me up to Kurt Weill and Ogden Nash. I love you, Matthew, more than I could ever express.

You know the way you feel
When there is autumn in the air,
That’s him, that’s him.

The way you feel when Antoine
Has finished with your hair,
That’s him, that’s him.

You know the way you feel
When you smell bread baking,
The way you feel,
When suddenly a tooth stops aching;
Wonderful world, wonderful you,
That’s him, that’s him.

He is as simple as a swim in summer,
Not arty, not actory.
He’s like a plumber when you need a plumber:
He’s satisfactory.

You could shuffle him with millions,
Soldiers and civilians,
I’d pick him out.
In the darkest caves and hallways
I would know him always,
Beyond a doubt.

Identification
Comes easily to me
Because that’s he.

You know the way you feel
About the Rhapsody in Blue:
That’s him, that’s him;

The way you feel about a hat
Created just for you:
That’s him, that’s him.

He’s like a book directly from the printer,
You look at him, he so commenceable.
He’s comforting as woolens in the winter:
He’s indispensable.

Having escaped the Nazi takeover of the German government, Kurt Weill found himself in Paris in 1933, trying to get a foothold in a new artistic landscape.  His reputation there was solid, though based mostly on the 1930 French film and stage versions of The Threepenny Opera (L’Opéra de quat’sou), which had been popular.  Still, at thirty-four, Kurt Weill was essentially starting over.  “[Weill] arrived in Paris with very little beyond his good name” says Brecht and Weill scholar Pamela Katz, author of The Partnership.   Luckily, he met cabaret and film star Lys Gauty, who commissioned two songs from him: Complainte de la Seine, and this one.  With so many Weill performances influenced by the whiskey baritone of the latter-day Lenya, this performance by Gauty (1934) reminds us that this song was written for a young and glamorous cabaret singer.

Even though Je ne t’aime pas wasn’t written for Lenya, in my opinion, her Surabaya Johnny fingerprints are all over it. The repeated trope, “I don’t love you” sung by Gauty might well have been Weill’s sentiments regarding his ex, then living in Switzerland with her current lover. When Weill and Lenya reunited before their move to the USA, friends asked how in the world he could take her back.  His reply was, “What can I say?  She’s Lenya.” 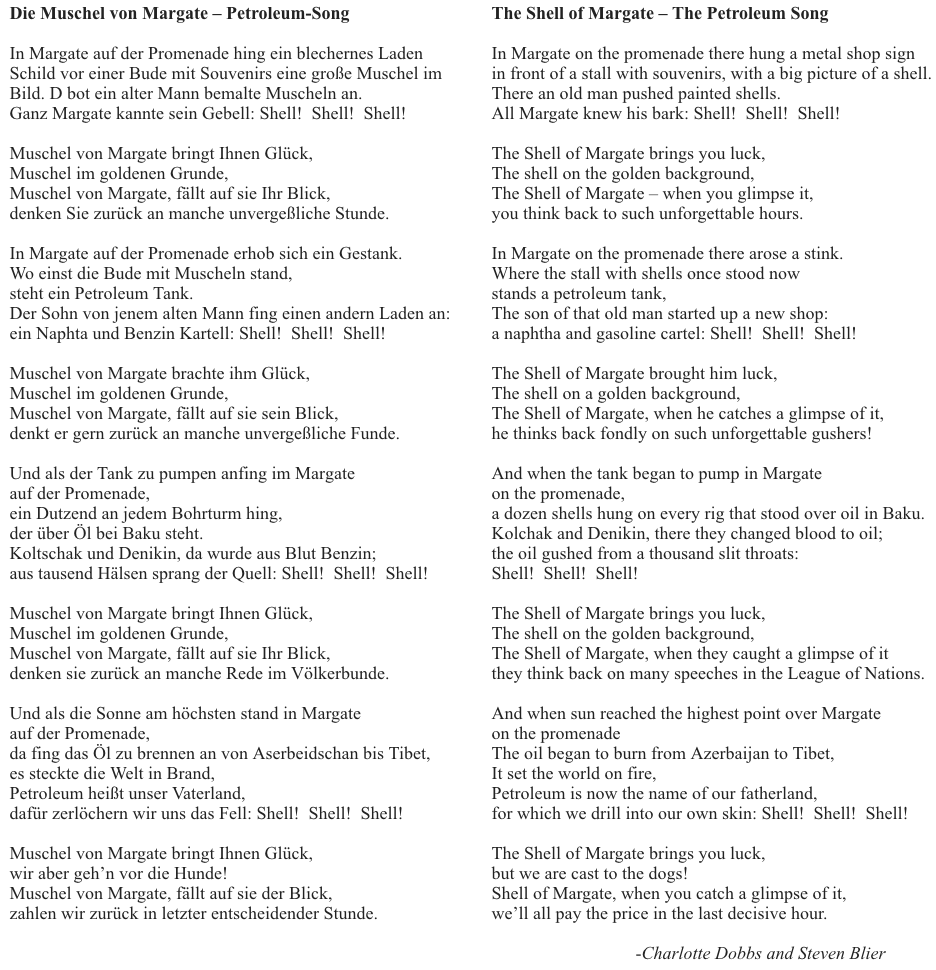