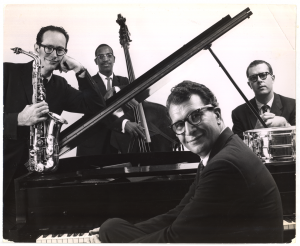 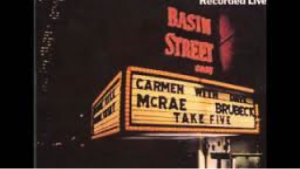 There is another “unofficial anthem” that I have a great fondness for – mostly because Verdi wrote it. Italy had several National Anthems dating back to 1871, though the current anthem “Il Canto degli Italiani” was adopted in 1946 in the post WW2 declaration of the Republic. However, even before that original anthem was adopted by the Italian government, Giuseppe Verdi was writing operas that some believe were laced with some political sentiment and ideas (see “O mia patria” from Aida if you want to get a dose of that). 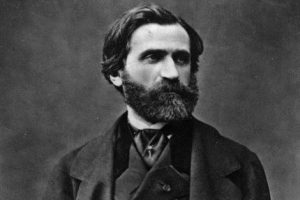 1841 was a tough year for Verdi. He had recently lost his wife and small children. He was under contract with La Scala to write another opera, even though his previous work had been considered a flop. He was handed a libretto and told to write on that – a collection of old testament stories that told the tale of Jews being persecuted and exiled from their homeland by King Nebuchadnezzar. The text that convinced Verdi he could write this piece was that of the Hebrew slaves chorus, “Va, pensiero, sull’ali dorate” or “Go, thought, on wings of gold”. It is said that the first time it was sung in rehearsal, “the stagehands shouted their approval, then beat on the floor and the sets with their tools to create an even noisier demonstration”. Nabucco became Verdi’s first grand epic opera and a testament to his love and passion for country, as seen through the eyes and story of another long plighted people separated from their homeland.

It became an unofficial political song that was sung everywhere in Italy, in East Germany and around the world. The opera often stops at the point of the chorus and repeats so that the audience can sing along. As recently as 2009, it was discussed in the Italian government to be officially designated as the National Anthem.

It begins softly, in unison, and slowly grows, splitting into harmonic parts. The second section pulls back down to a quite minor, then swells grandly to the main chorus, in unison again. It finishes as quietly as it starts. Easily singable, in the middle of the vocal range, and a catchy, memorable tune with that classic Verdi three/four pulse underneath of it in the orchestra. But it stands on its own without accompaniment very well.

When Verdi died 60 years later, he was initially buried in a temporary grave, but was eventually moved to the Home for Retired Musicians cemetery, a place he had originally created. Some 300,000 people gathered in the streets and as Verdi’s remains were solemnly processed to their final resting place, the crowd spontaneously began to sing “Va pensiero” as his casket passed them. The power of that image, that kind of social unity expressed through song, is quite amazing. 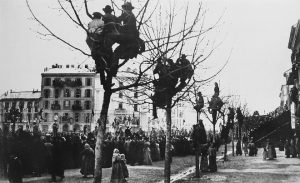 There are so many amazing versions of this song, especially since it comes from an opera that has had some spectacular production recordings, but I’m quite fond of the recorded version conducted by Giuseppi Sinopoli, a wonderful Italian conductor and composer who was a great interpreter of Verdi’s work. He died not long after this recording, on the podium conducting Aida in Germany, away from his own homeland.