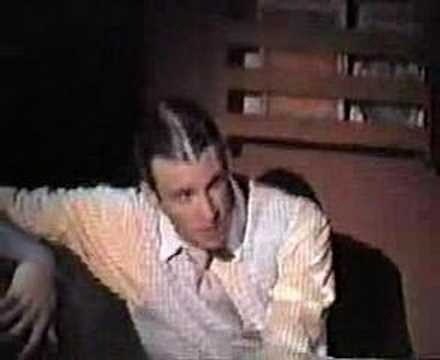 Art, like medical research, thrives on creative, talented people. But it also thrives on open-hearted patrons, some of whom can be as visionary (in their own way) as their beneficiaries. For this week’s FSH Dystrophy fundraiser, I grabbed a recent song by Stephen Sondheim, “Talent.” It comes from a musical that has has gotten as far as off-Broadway, but has not yet been seen on Broadway—even after four incarnations and four titles: “Bounce,” “Wise Guys,” Gold!,” and “Road Show.” Somehow Sondheim’s score has had trouble finding the perfect book and production concept. I hope the show does find make it to the Great White Way. In tandem with Pacific Overtures and Assassins, Road Show would make for a fascinating trilogy about America: its ambition, its imperialism, its underbelly of violence.

In the play’s first act we meet a young man named Addison Mizner, an architect traveling down to Palm Beach. There he plans to build houses for the new influx of wealthy settlers eager to soak up the sun. On his train journey he meets a fellow traveler named Hollis Bessemer, the son of a rich industrialist. The two guys are instantly attracted to one another, and it’s clear they are soon to become lovers. Hollis also has a mission: he wants to create an artists’ colony in Palm Beach. Though his father has cut him off, he has an aunt in Florida who he believes will help him. Hollis has dabbled in writing, painting, and composing, but he has realized that he doesn’t have the goods to triumph in any of these endeavors. Instead of becoming a second-rate artist he decides to be a first-rate arts-funder, as he explains in “Talent.” Theo Hoffman first introduced me to this song and we’ve performed it several times. But recently Dimitri Katotakis has also laid claim to it—two very persuasive viewpoints on an extraordinary piece of music.

I am deeply grateful to the generous souls who keep NYFOS alive, and to those who finance the crucial research on FSH Dystrophy. “Talent” is offered in tribute to all of you, though I should warn you that the last line of the song contains a strongly phrased rebuke to people like Hollis’ father (who just don’t get it).