Song of the Day: October 14 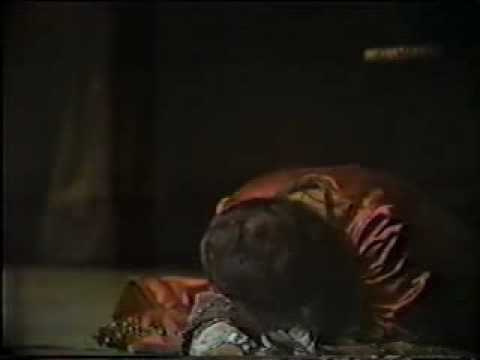 Today I want to honor Renata Scotto in honor of fiftieth anniversary of her Met debut. Her singing has meant a great deal to me in the course of my life. I was lucky enough to hear her at the old Met as Lucia. A friend of my parents offered to take me on her subscription, and we sat in Row H of the Orchestra. I was 14. In the car ride down to 39th Street, Mrs. Lesnick said to me, “You’re awfully quiet, Steve!” And I said, dreamily, “I’m just thinking about…tonight…!” She later told my mother that she hadn’t heard those words from a young man in quite some time, not delivered with that kind of faraway fervor. (At that age, I was still capable of diva-love.)

Scotto was always a fiercely committed and deeply musical performer. She had a gift for matching verbal nuance to the contours of the vocal phrase, giving her singing a kind of eloquence that burned itself into your memory forever. She wasn’t always in perfect voice, but when her throat was behaving itself she could make time stop. Her sense of musical structure was that of a great conductor, and she had a supreme understanding of musical spacing, of how to time cadenzas, and of the weight and color of recitatives. She essentially taught me Italian opera, and her lessons have stood me in very good stead. I loved her best in those early years when she still sang with more purity than force. But even when her ambition took her into repertoire she really shouldn’t have tackled, there were always moments of revelation.

Here’s Scotto singing the last part of the Mad Scene from Lucia. (Her wig is based on a hairdo Liz Taylor was sporting in some contemporary movie—Scotto was later rather rueful about that piece of vanity.) For once, “Spargi d’amaro pianto” is not a diva’s virtuoso turn, but the real deal: a sad, lost girl bidding goodbye to life, only dimly aware of her own suicide.
https://www.youtube.com/watch?v=AlTXJ7wB2PU

And here she is singing Adina’s aria from The Elixir of Love, another time-stopping performance—with the young Carlo Bergonzi:
https://www.youtube.com/watch?v=gAUdPPUk7d4