Song of the Day: November 30 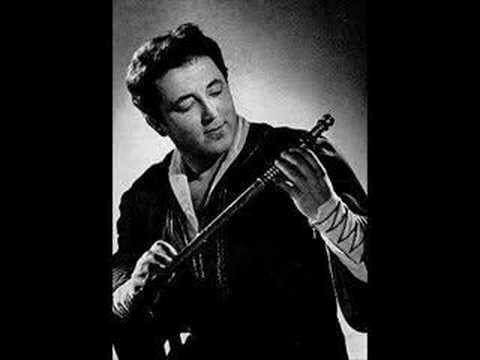 Hello NYFOSNUTS!!! If you are reading this blog, you are my people. NYFOS is not just the names on the masthead or the performers it presents after all, but the community of song aficionados and music lovers who cherish a little clever word painting above most other things in life whether it be found in a sacrosanct Lied or that Argentine canción or “Skylark.” You and me, well, we are a special tribe, the guardians of the hidden-in-plain-sight art of song, and the scholars and evangelists who go forth with joy spreading the gospel according to Blier. You know the one I mean: the one that preaches deep research and open mindedness to the vast, varied, rich panoply of song that we humans have been cobbling together all these millennia. We gather at the shores of the “lakes of delectation” each season to board Mr. Blier’s pleasure cruise of song and sail out into uncharted waters of words and music. I myself am a devoted consumer of “Song of the Day” so I take this responsibility to provide one for you each day this week with no small sense of pride in and duty to my fellow readers.

I figured I would start the week off by offering you a song that means a lot to me personally and which affords me the opportunity to tell you a bit about me and my history with song as a performer. As any good NYFOSer worth her* salt would, I hesitated to include such a DTD (“done to death” for NYFOS neophytes)* chestnut as Beethoven’s “Adelaide” because you are all undoubtedly already terribly familiar with the song. It’s not like Beethoven is in need of a champion, am I right? All the same, this song has special significance to me because it is the one that introduced me to “art song” (whatever that means) and started this whole I-want-to-be-a-classical-singer thing. Let us not forget, every well-known song was to us once an undiscovered country of delight.

In the spring of 1999, I was obsessively and endlessly listening to two albums: Joseph and the Amazing Technicolor Dreamcoat with Donny Osmond, and Fritz Wunderlich and Hubert Giesen’s recital album with Lieder of Beethoven, Schubert, and Schumann. Let me explain. After three years of journeyman work in the South Bend School Corporation-wide summer Broadway musical production, I was cast as the eponymous hero of Andrew Lloyd Weber’s Old Testament musical. At 15, it was my time, my moment, and I approached the task with a seriousness and focus that was new to me. I wanted to kill it!

At that age, I was beginning to comprehend not just the depth of technical skill that good singing required, but also the more complicated, sometimes mystical phenomenon of the relationship between a performer and her public. This was a lesson I had begun to learn when my parents had taken my siblings and me to see Donny perform Joseph in Chicago a few years earlier. I had come away from that performance thinking “I can and I need to do that” and “what’s the deal with these middle-aged women freaking out over Donny Osmond?” By the time I was preparing to sing the role myself, I had learned more about Donny’s place in pop-culture and realized that his audiences weren’t thrilled simply by a great performance of Joseph. It was DONNY-OSMOND-AS-JOSEPH.* It was THEIR Donny on stage, that unbelievably cute and talented kid with that big Mormon family, all the campy late-70’s splendor of Donny and Marie, the oxymoronic American fantasy of a sex symbol made of purity and probity. It was the fact that he was still sounding and looking so good in the 90’s that excited them.

This felt unfair. If one (myself, for example) could sing and act the role of Joseph better than Donny Osmond, one should be hired to do it. Of course I didn’t appreciate just how talented and skilled Donny Osmond was as a performer on his own merits, let alone his much more complicated role of ironic-cultural-icon-Donny-Osmond. And I certainly hadn’t considered the business side of show business including such practicalities as marketing and the ticket sales that would increase thanks to Donny’s name-recognition. So I listened to that recording of Joseph with severe critical scrutiny and set out to best Donny at his own game. I may not have his fan base, I told myself, but I will be a better Joseph!

With this goal in mind, I started taking voice lessons. I drove with my learner’s permit and my mom over the Michigan border to Niles to see Mr. Ginter, an adjunct professor of voice at the University of Notre Dame. I told him I wanted him to teach me how to sing the role of Joseph better. He told me he would teach me classical singing and classical music, and that I could apply the technique to any repertory I liked. So we started with some early Italian songs (“Caro mio ben,” of course) and after a few weeks, Mr. Ginter got me started on Schubert and Schumann. I had already studied some French and German at school, and I had taken piano lessons since the age of six, so I was able to learn and enjoy these songs. They were for me, however, merely etudes, technical exercises to prepare me for the big gig. Sensing my lack of commitment, Mr. Ginter assigned me the song “Ich grolle nicht” from Schumann’s song cycle Dichterliebe and sent me home with Fritz Wunderlich’s recording of it. I popped the CD in that night (this is before iTunes libraries) and let the first track start while I looked over the liner notes. It was Beethoven’s “Adelaide,” and within the first 30 seconds I felt as if I had heard this song before. I hadn’t, but there was something so elemental in the chord progression in the piano intro and something so simply lovely in Fritz’s voice singing “Einsam wandelt dein Freund im Frühlingsgarten” that it felt like this song had been played everyday in my crib as a baby and although I had forgotten it in the intervening years, it had always been a part of me. This has happened to me a few times with such songs as Schumann’s “Widmung” or Paul McCartney’s “I Will,” and songs that strike me in that way live close to my heart.

I must have repeated “Adelaide” twenty times that night before jumping ahead to “Ich grolle nicht.” Between Fritz’s overwhelmingly powerful yet beautiful, controlled singing and the self-righteous rage of that song, I was in. By the time I jumped back to Fritz’s perfect recording of “Im wunderschönen Monat Mai” it was over. As when I saw Donny Osmond sing Joseph, I told myself, “I can and need to do that.” With Fritz Wunderlich though, and with this music, I never felt competitive. I was in awe and I was his student. I discovered that the process of learning how to sing like Fritz was far more fun and fulfilling than trying to outdo Donny.

Now coughcough years later I am still learning from and aspiring to the example of Fritz Wunderlich’s singing. I have listened to his “Adelaide” for over half of my life now! And although I know every color and contour of his recording, I hear it every time with new ears and new amazement. The challenge and joy of singing classical vocal repertory is that you the singer are always changing vocally, physically, emotionally and therefore must constantly attend to your technique and your aesthetic approach as your vocal and communicative strengths and weaknesses shift over time. The life-changing moment of hearing this song was not just about the performance, it was the discovery of an art-form and the pleasure of entering into its discipline. As a performer I can tell you that those magical moments in a performance when everything clicks and you are not just impressing but communing with the audience mean a lot and are the prize for all that work. But they are not enough to sustain me through the hardships of a career as a professional musician. The gift that Fritz and Beethoven gave me that day was the passion for the process of music. I was so stunned by the beauty of that recording that I have spent my life since seeking to understand what made it so beautiful and collecting all the discrete bits of knowledge and wisdom about music and performing to better understand and better manifest such beauty myself.

So here is Fritz:

*I like to use a lot of parenthetical statements, hyphenated compound words, referring to God and notions of individuals as females in my blogs, ya dig?