Song of the Day: November 10 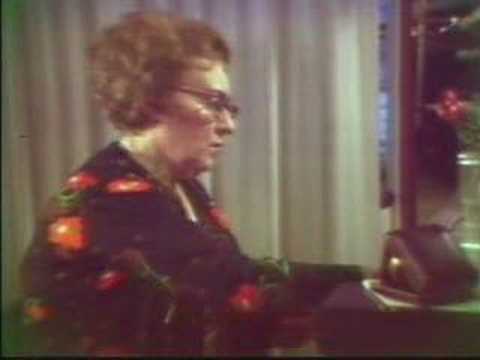 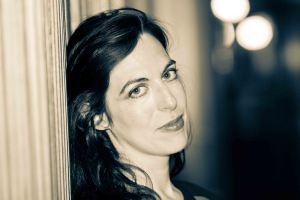 This week’s Song of the Day curator is composer and thereminist Dalit Warshaw! Dalit is also performing with NYFOS this week in our concert From Russia to Riverside Drive: Rachmaninoff and Friends, Sunday in Boston and tonight (Tuesday, Nov 10) at Merkin Concert Hall at Kaufman Music Center. A few tickets are still available if you want to hear Dalit in action on theremin along with soprano Dina Kuznetsova and baritone Shea Owens.

The three Reisenberg sisters, Nadia, Newta and Clara, immigrated to New York from Russia in 1921; of the three, Nadia and Clara were musical prodigies, Nadia on the piano, Clara on the violin. When Clara first met the inventor Lev Sergeyevich Termen, his new instrument was making waves (so to speak!) in the New York scene with scientists, musicians and the general public alike. The theremin piqued the imaginations of quite a few composers, such as Varese (who wrote for two theremins with specially extended ranges in his Ecuatorial), Schillinger (his First Airphonic Suite, was written for Termen and the Cleveland Orchestra), Martinu (who composed his Fantaisie for theremin, oboe and string quartet and piano), and Ives (whose Fourth Symphony calls for an optional “ether organ”). While Rachmaninoff himself apparently did not react enthusiastically to the instrument, one wonders how he may have responded to Clara’s rendition of his Vocalise, or Song of Grusia!

Clara became Termen’s muse and most profound ambassador for his instrument, collaborating with him in fine-tuning the theremin to suit her refined musical specifications (which included increased sensitivity for the volume antenna, allowing for more nuance in dynamics and articulation, such as staccato).

I first met Clara Rockmore when I was a small girl, during one of my frequent visits to her sister Nadia. Nadia was one of my most significant early musical mentors, inspiring and encouraging me as both a pianist and composer until her passing in 1983, when I was eight years old. Following her death, Clara assumed her sister’s role in my development as a musician and creative artist. She was a complete original: prodigiously musical, and visionary in how she transformed an electronic invention into a poignant, fiercely passionate voice of Romantic music, instilling it with a soul. Her grace, beauty and vibrancy were arresting, ageless, luminous. My years of adolescence were peppered with visits to her apartment for tea, served in elaborate Russian style, accompanied by her sister Newta’s home-made piroshki. I basked in her stories about “Lenny” Bernstein, of Stokowski’s visits to listen to her Bach (“That girl could make music out of a kitchen stove!” he is known to have said), of her concert tours with Paul Robeson.

Clara began teaching me to play the theremin in 1991, when I was 16 years old. At the time, the instrument was considered all but obsolete, and so Bob Moog (inventor of the Moog Synthesizer) was enlisted to build a replica of Clara’s instrument (custom-built for her by Termen), my Moog 91W model that I will be playing in these NYFOS concerts.

I had the privilege of meeting Termen in New York, at a party at Newta’s in 1993, during his first and only visit since his mysterious abduction by the KGB from his uptown apartment so many decades earlier. It was a celebratory return, arranged for by Steven M. Martin, creator of the excellent documentary Theremin: An Electronic Odyssey, a film that jump-started a renaissance in awareness and interest in the theremin, inspiring phenomenal young thereminists such as Carolina Eyck and Pamelia Stickney, each of whom have contributed innovative possibilities for performance practice and the instrument’s role in the contemporary music scene.

Behold some more of Clara, this time performing an arrestingly beautiful Rachmaninoff’s Song of Grusia, accompanied by her sister, Nadia Reisenberg:

Read other posts by Dalit Warshaw.