Song of the Day: February 11 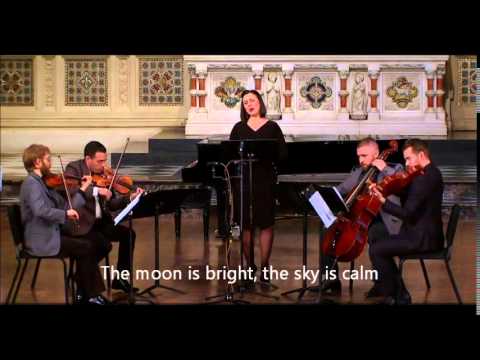 Jeff Myers was also featured by David T. Little on the NYFOS Next February 4th concert. The “next” NYFOS Next is tonight, curated by Richard Danielpour and Susan Botti, faculty at the Manhattan School of Music. We will be playing their music as well as the music of their students. You can hear the live stream at 7pm.

The excerpt below is from Jeff Myers’ stunning Requiem, a large scale work for string quartet and mezzo-soprano. There was a time in the 1970’s and 80’s when a composer couldn’t even consider writing something beautiful. Consonance was out, and twelve-tone dissonance was required. Some, like Leonard Bernstein, never abandoned tonality, but others came back to it. David Del Tredici led the charge with his Pulitzer Prize winning “Final Alice”. It was considered subversive to write something whose main feature was a rising sixth, supported by luscious consonant harmonies. Times have changed, thank goodness, but Jeff Myers’ beautiful Lullabye from his Requiem reminds of the the unashamed beauty of Del Tredici’s  Alice pieces. The piece was performed by Eve Gigliotti on February 4th. Here is Rachel Calloway with the Jack String Quartet.