Song of the Day: December 3 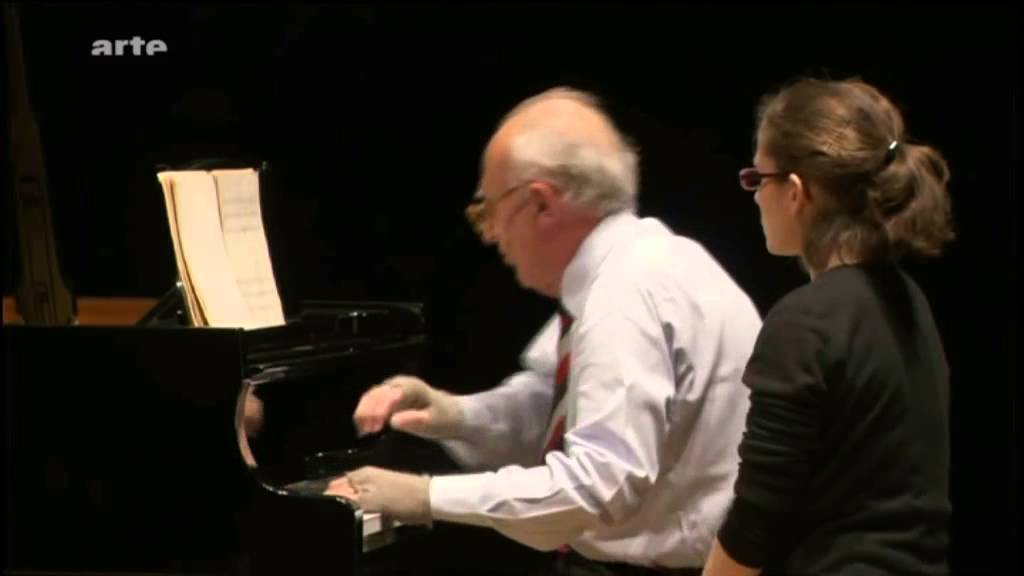 It is fair to say that this whole week’s series of blog posts have all been an attempt to illustrate why I think the categories of classical and pop songs are less important than we collectively have insisted on as a culture at large.  I am not trying to say that there is no distinction between the two—of course there is.  And each has its traditions and legacies. A big part of the difference lies between literate music, which is to say music that is written down as a score with specific, detailed notation, and illiterate music that is created and performed by musicians who don’t read music. But this is a discussion for tomorrow’s blog post (consider yourself teased). All I’m saying today is that the fundamental reason I like a Schubert song or a Beatles song is the same.  And lord knows I love me some good old esoteric, weird music. For example is this Stockhausen solo piano piece not deliciously fun and mysterious and punk and theatrical and funny?

I break out in hives of annoyance when I am told by “classical music” fans that they “don’t like contemporary music” as if it was one thing. Like, you hate the music of George Crumb and Jake Heggie and Karlheinz Stockhausen and Steve Reich and John Luther Adams and you can categorically say that because they are all similar enough to dislike wholesale? At least say “I find it hard to approach so I haven’t be able to spend the time exploring it sufficiently to come to a fair and honest judgment about it.” All these “new” composers are just trying to discover new methods of communicating ideas and feelings because we keep needing new ways to express new experiences, you know, as a species as we evolve culturally and otherwise. I know that I need me some Tehilim in my ears real bad after a turbulent, stressful flight, for example and that I can’t get the same comfort or release listening to anything else. So thank heaven Steve Reich came along and turned his talent and energy to organizing sound in the unique, original way he did.

So please don’t tell me that Reich and Stockhausen are in one category that you summarily dismiss. You might dislike these two pieces of music but you can’t possibly you dislike each one for the same reason.

When it comes to song, I do believe there is a difference, though. Songs are things one sings, and so there are limits to what constitutes a song. In my understanding this is a song (obviously, and a beautiful one that makes me feel things nothing else does) but this (like how I tied in the Beatles?) is not (which is not to say it is not a beautiful piece of art). Songs also play a major role in all of our education. Who among us learned the alphabet unattached to a tune? Who among us has babysat a child for more than 30 minutes without resorting to song? I facetime with my 13 month old daughter all the time when I am on the road and singing is often the last thing I want to do with her. I always do, though, because nothing engages her attention like a song from daddy. I swear music and songs are the evolutionary juice that galvanize disparate areas of our baby brains and collects language and abstract thinking and math (rhythm) into a single mental process. Even the way I count to 10 for my daughter is a song: each number has a lilt that indicates the beginning, middle, and end of the sound image representing each number (if you don’t hear it, compare the way you say “nine” and “ten” when counting to a baby…it’s called a cadence.) My point is that a song involves language on some level and therefore must always be tethered to the artificial construct of language. As such, there is a limit to the degree of abstraction in a song.

WHOA WHOA WHOA, Paul, this is getting way too theoretical! Before this turns into the last Paul Appleby blog you ever read, I will skip ahead to the song of the day (finally) which I can tell you is my favorite song: “First Meditation” by No Song is Safe From Us blog contributor himself, the great Bill Bolcom!

This song is the penultimate song—perhaps even the 11th hour song as Steve Blier might say—of Bolcom’s 7-song song cycle “Open House” to poems of Theodore Roethke. Bill must be the most accomplished composer I have encountered in terms of the breadth of technical accomplishment he employs in his work. And importantly, he never uses this skill for its own sake but always at the service of expressive truth and authenticity. In this song, he utilizes this astonishing skill to express the emotional and psychological life of this most magnificent American poetry I know. Bill is not afraid to go from 2nd Viennese school to pop or “banal” music (his words) and anywhere else musically that serves the text. But he shifts from technique to technique and style to style in a way that magically creates a cohesive, aesthetic consistency. The man just has good taste, I guess.

I totally see those two birds singing to each other—one inside a green house one outside—as if I were watching a film. I feel the skin of the old lady’s cheek, and I feel the bumps sitting in the back of that metaphorical bus as the air takes on its deep night chill. Both the bleak existential crisis and the simple loveliness of nature described in the poem are vibrantly present yet nuanced in the music. All of these images are given such accurate tonal depiction in the music, and they add up to a statement about human life and experience that I don’t know how to explain or elucidate more clearly than this song does in its own language. Someday I might try to translate the song into rude prose just so I can better understand its effect on me, but I hesitate to even try because I do already get the song in a deep way and I don’t need to be able to articulate it in a linear, cogent way to feel it or understand it better.

Enjoy, and once you have really taken this great song in, listen to the whole of “Open House” and then please find me a chamber orchestra to perform it with. PLEASE!!!