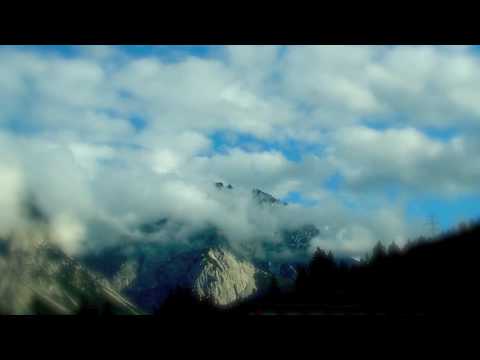 When I started thinking about picking five songs for the blog, at least twice as many songs came to mind right away (and more followed) – I’ve left off so many favorites! I even left off my very favorite song cycle to sing, which is Debussy’s Chansons de Bilitis, partly because I couldn’t quite find one “definitive” recording on YouTube that I could settle on. But at least I’ve now given a shout out to Debussy, so I can live with that!

I have to begin with a composer that means a lot to me, and one of the most moving and profound songs ever written: Gustav Mahler’s “Ich bin der Welt abhanden gekommen” from his Rückert-Lieder. I had sung a few Mahler songs on my graduate recital (from his Des knaben Wunderhorn collection), and I really loved them, but it wasn’t until 2014, when I happened to receive two offers to sing Mahler with orchestra (Symphony No.2 and “Ich bin der Welt abhanden gekommen”) that I became obsessed! It just doesn’t get more sublime than those two pieces of music. I subsequently made sure to program a Mahler set on my Carnegie Hall recital (not including these same pieces, but three other wonderful songs), and I took it as a very good omen that a portrait of Mahler was hanging over the piano in my backstage dressing room that evening. I think he’ll always hold a special place in my heart!

But getting back to this particular song – it just gives me the chills every time I hear it. It’s the captivating melody, the serenity, the orchestration with the utterly human English horn and the etherial harp, and most of all, it’s the heart-wrenching dissonances. The music alone is enough to break your heart, but Friedrich Rückert’s poem takes it over the edge, and Mahler couldn’t have set it more perfectly. There is ambiguity in the words (see translation below) – certainly a sense of melancholy but also a contentment with fact of shutting out the world and living “in my heaven, in my love, and in my song.” The music depicts this tension so effectively – the melody keeps trying to ascend, but the orchestra keeps pulling it down. Moments of optimism give way to turmoil. In the most satisfying moment of all, on “Ruh,” the exquisite dissonance gives away the internal conflict underneath the supposed “rest.” Even though the piece has such an underlying resignation, I can’t help but feel like ending on the word “Lied” (“song”) is somewhat hopeful, especially from an artist’s perspective – the world may be too much to handle at times, but we have SONG.

Apparently Mahler said that this piece was truly him, that he identified very deeply with the poem, and perhaps that is why it is such a gem, such a perfect marriage of music and poetry.

There are many beautiful recordings to choose from, but I had to share this stunning performance by one of my idols, Dame Janet Baker, from 1967:

I am lost to the world
with which I used to waste so much time,
It has heard nothing from me for so long
that it may very well believe that I am dead!

It is of no consequence to me
Whether it thinks me dead;
I cannot deny it,
for I really am dead to the world.

I am dead to the world’s tumult,
And I rest in a quiet realm!
I live alone in my heaven,
In my love and in my song!