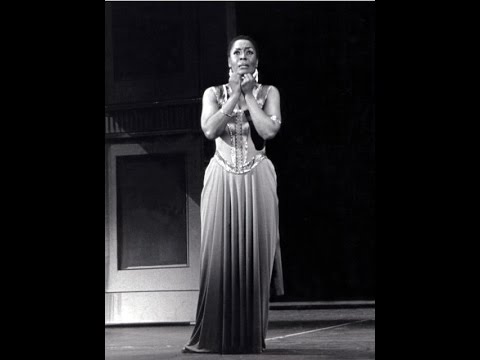 We revisit a week of Black American spirituals curated by Michael Barrett. This post originally ran on October 2, 2015.

For my final choice of this week’s survey, I have a selection of six from the amazing Shirley Verrett in live concert from the 1960s. Ms. Verrett was a vocal force and a major Met opera star. I had the good fortune to work with her in the 1980s at the very end of her career, and it was a beautiful experience. The songs are (in order):

The formal style (and tradition) of presentation of these songs, which lasted for several generations, is in full display. The rolled rs, the pronunciation of Jordan as “Jerden”, and fully committed vocal power all contribute to performances of dignity and  deep religious conviction. This music may not have become the themes of our American Symphonies, as Dvorak had hoped, but it did (and continues to) make its way into our concert programs right there with Schubert and Beethoven.