Shara Nova: An Unknown Distance Yet To Run (from The Colorado Project) 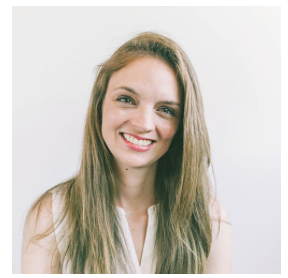 I am beyond thrilled to be part of this project from the ground up, four years in the making. However, I wanted to bring forth this project with the NYFOS family as it illustrates the shared belief that song is the most powerful tool to effectively connect with each other. A powerful film that documents the Colorado River with 9 commissioned new songs (by John Luther Adams, William Brittelle, Glenn Kotche, Shara Nova and Paola Prestini), sung by Roomful of Teeth and performed by percussionist Glenn Kotche and cellist Jeffrey Zeigler, with text created by leading Colorado Conservationist William DeBuys. It doesn’t hurt that the songs are pretty darn good, too.

The Colorado Project
Selection by Shara Nova—“An Unknown Distance Yet To Run”, text by William DeBuys
Released on VIA Records
(Be sure to listen soon!  We only have permission to post this recording for one week.)

Courtenay Casey is the Director of Artistic Planning at National Sawdust, a brand new artist-led venue that hosts over 300 concerts a year, in addition to producing and commissioning works with artists from around the world. Courtenay received degrees in Vocal Performance from University of Michigan and New England Conservatory. She has worked in the arts administration field in NYC since 2005. Courtenay is particularly passionate about finding ways for art song and opera to resonate in today’s arts ecology and is thrilled that NYFOS Next is a performing at National Sawdust this season.

Read other posts by Courtenay Casey.