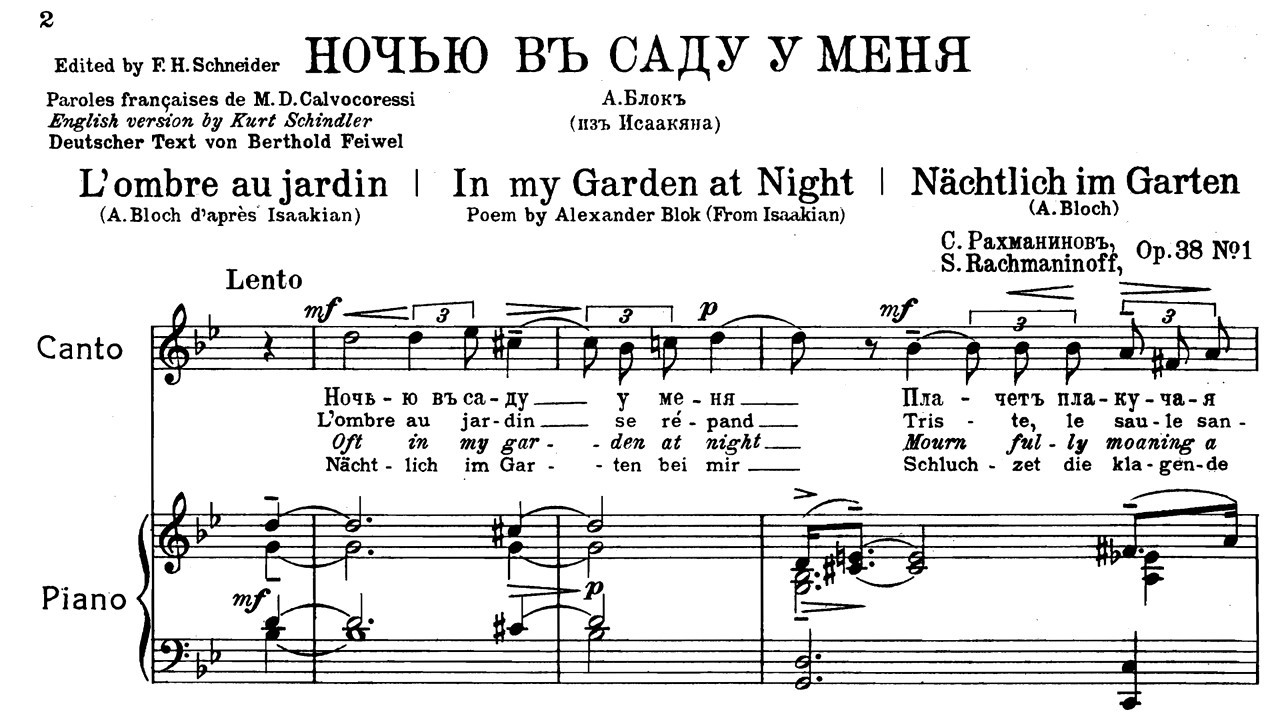 ‘Son’ can be translated as either “sleep” or “dream” in Russian – in this poem by Feodor Sologub, the former seems not only evident but sensually and powerfully personified. I have included this song, not just because it happens to be one of my favorites, but also because we’ll be featuring it among many things on The Art of Pleasure, Steve’s collaboration with me and four Wolf Trap singers happening at the Barns at Wolf Trap on May 31 and June 1. Soprano Laura Corina Sanders will perform this with me, and that Steve has entrusted me with this gem makes my soul giddy.

I think you should come see and hear it. As Kathy Kelly once told me, “Of course you’re biased, Joseph, but I’m not sure that makes you wrong.”

“Son” starts at 10:04 into the video. The measure beginning at 11:58 encapsulates why I do what I do. To me, the music here cries out a longing, an utterly naked desire to be seen and known for one’s entire being. I don’t really know else to put it.

← Prev Post: "Melody Gardot: Baby I'm a Fool" Next Post: Sam Cooke and the Soul Stirrers: Peace in the Valley →