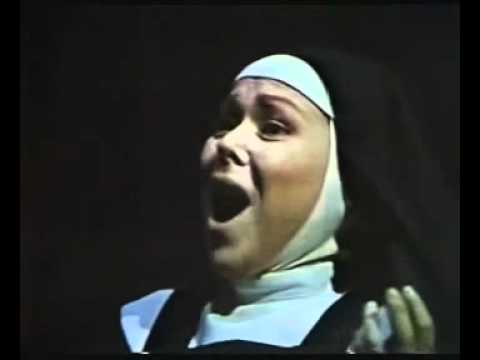 This week I find myself floating around in what feels like a weightless state, after four months of unremitting pressure. Almost all of the NYFOS subscription concerts fell into the autumn season, along with the preparations for the Juilliard concert in January. We were not able to do our annual Christmas show, A Goyishe Christmas, due to a promising new venue that reneged at the last minute. But trying to keep that project alive, and then having to cancel it, ate up more hours than simply remounting it. It’s been a time.

Thursday’s concert, Tain’t Nobody’s Business If I Do, was one of the biggest successes NYFOS has ever had—a career high. To honor that milestone as well as my (temporary) period of freedom I had a celebratory tea-time last Friday with Rebecca Jo Loeb. Becca is a beloved colleague and friend who gave a brilliant performance in November’s Weill/Blitzstein concert. Our discussion ranged over lots of topics, including contemporary opera productions. We disagreed about staged overtures—I’d recently seen two that seemed especially condescending and childish—and suddenly Becca Jo challenged me. “Look, I know a lot about what you don’t like in opera productions, but I would love to see something that you do like.” Suddenly I was on the spot. “Most of what I like has to do with singing and acting, not…sets and costumes.” “I’m down with that,” she said. ‘I just want to see it.” “And hear it.” “And hear it,” she said patiently.

With trepidation and humility, I offer the final seven minutes of Puccini’s Suor Angelica with Renata Scotto, filmed at the Met in 1981. Disclaimers: her upper register was no longer steady by the end of her career. (She sang the role better in 1976.) There are, I guess, some obvious Scotto-y stage mannerisms—I recognize the dip-and-sway she uses as she turns upstage. These things do not bother me, but I am aware of them. And yes, I am aware there is a hint of Sunset Boulevard‘sNorma Desmond in her acting.

But. The way Scotto sustains this final scene! The magisterial slowness of her gestural life. Her deep conviction in the moment—her unparalleled emotional intensity. Her unswerving connection to what Puccini and his librettists wrote. Her peerless musicality. And her ability to let the score move through her body and her spirit. Yes, it is old-fashioned. Puccini is old-fashioned. And eternal. She submits to it, and I submit to her.

My favorite moment: “Madonna, madonna, salvami, salvami!” at minute 4:30, when the last high A goes from singing into a desperate, human outcry. On her earlier studio recording she sustains the note—it’s almost a scream of pain. Here she sounds utterly helpless and vulnerable.

I can’t watch this clip around other people because I cry, and it can be messy. Lord, it just happened again. Excuse me while I look for a handkerchief. I’m a wreck.

← Prev Post: "Hear Them Talkin’ To Ya" Next Post: Henry Arne: The Soldier Tir’d of War’s Alarms →