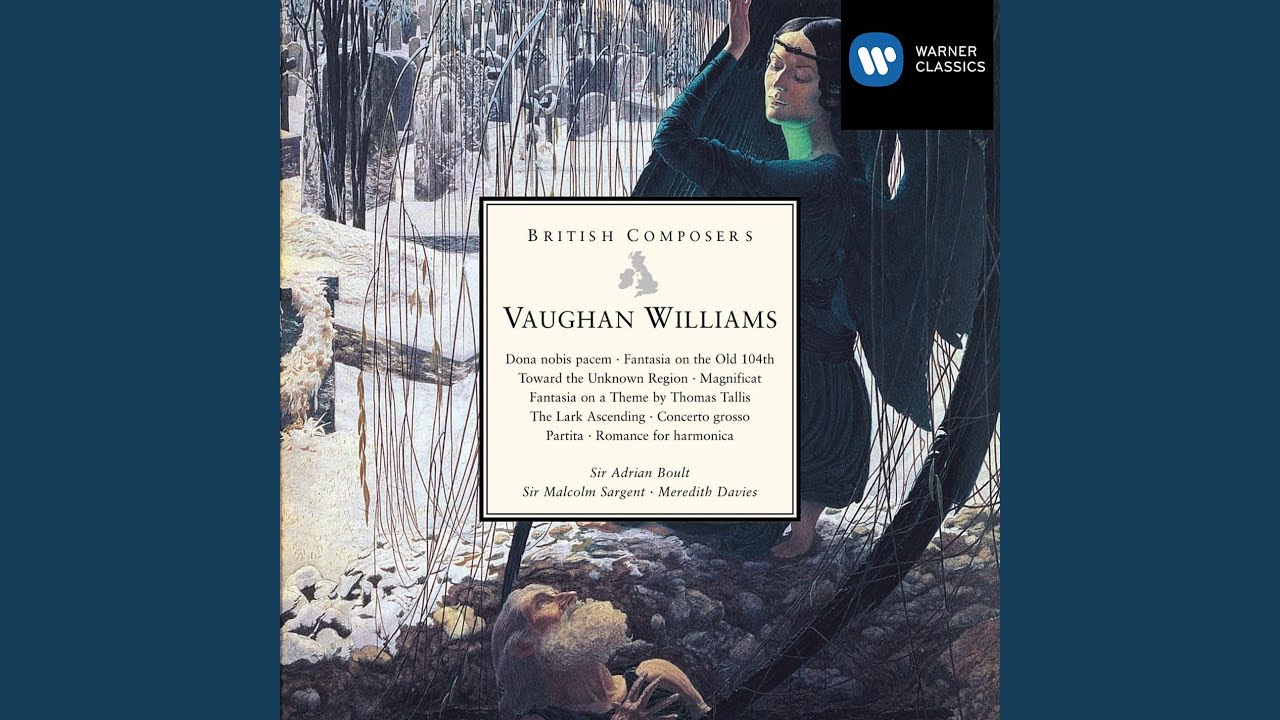 The English composer Ralph Vaughan Williams was known to be deeply intellectual and progressive — a man moved by Shakespeare, and inspired by humanists like Walt Whitman.  Well into his career, Europe was thrust into a horrific war  and in 1916, Vaughan Williams volunteered for the Royal Army Medical Corps at the age of forty-two and was sent to France to serve as a stretcher-bearer.  His experience  of the carnage and losses of close friends impacted him for the rest of his life and profoundly shaped his music.

Nearly twenty years later, he watched as the tide of war threatened to overtake Europe again and composed a pacifist answer to the fascism with his cantata Dona Nobis Pacem.  The 6 movement work runs without pause, overlapping descriptive texts of Walt Whitman (who had a similar service experience to Vaughan Williams during the American Civil War)along with Bible verses and a British wartime speech which together invoke the triumph, regret, the pathos and finally, humanity and hope of the world at war.

The final movement, “O Man, Greatly Beloved” comes on suddenly as a baritone, a voice of confidence provides a contrast to the deep sadness in the previous movement and stands before the chorus, asking them for their bravery.  The chorus answers in increasing intensity and triumph, with the familiar biblical text of the annunciations to the shepherds:  Peace on Earth, Good Will to Men and a soprano voice, in hushed tones closes the piece – Dona Nobis Pacem.  Vaughan Williams, composing in 1935 before one of the most defining and terrifying eras of the 20th century, calls on us to remember our shared humanity, our courage, and perhaps most critically, hope.

Caramoor’s Senior Artistic Planning Manager, Ellie Gisler Murphy has spent 6 years in programming and production in the Artistic department at Caramoor. Ms. Murphy received her BM in Classical Vocal Performance at the University of Connecticut before pursuing artistic administration professionally. She worked at the Metropolitan Opera, Glimmerglass and Castleton Opera Festivals, and Columbia Artists before finding her home at Caramoor where she enjoys the diversity and innovation of Caramoor’s multi-disciplinary programming. Her dearest roles to-date are spent as mother to her nearly 1-year-old daughter Fiona Rose and her 6-year-old American Bully, Brutus.