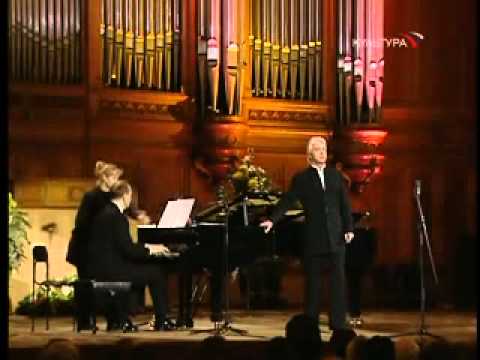 At NYFOS we are coming into the home stretch of our 30th anniversary season. Up next on April 24 at Merkin Hall will be our 30th Anniversary Concert with a bevy of marvelous singers. These guys all have burgeoning careers. Soprano Julia Bullock has a solo recital at Carnegie hall next week. Paul Appleby is our leading young American tenor and sings the world over. Mary Testa is a bona fide Broadway star; Theo Hoffman is rocking it at the L.A. Opera; Lauren Worsham is a star in everything she touches and already has an Emmy nomination; and baritone John Brancy just delivered a spectacular recital at Alice Tully Hall a few nights ago. His program, developed with pianist Peter Dugan, was great in every way. The program itself, Armistice, was about the end of WWI in 2018 (one hundred years ago), and about repatriation, coming home, PTSD, death, and trying to recapture life and joy after all the horror. The show told this story in words and music with such committed performances, and such assurance and musical care. Steve Blier and I started NYFOS 31 years ago because the song recital had become predictable, stuffy, and was in deep need of more than just a face lift. The song repertoire is vast, and resists mastery of knowledge. It is also dynamic and alive in classical, pop and folk music. John and Peter’s recital was a valentine and validation for 30 years of working with Steve. This recital was fresh, original, about something important, and resonant to its audience. It had new works I didn’t know, including a premiere, excellent verbal remarks from the stage giving us just the right information to enhance our understanding and enjoyment of what we were about to hear. Wow, I thought. The song recital IS transformed. I like to think we had a little influence in making that happen. Of course the next generation is creating its own musical landscape, and I’m grateful for their energy and passionate dedication.

One of the songs delivered by Brancy and Dugan was Rachmaninoff’s “Spring Waters”. We will repeat that on April 24. Here is Dmitri Hvorostovsky in a live performance. We lost him this past year, and we are the poorer for it. He was an inspiring musician to me always. I’ll never forget seeing him backstage in Moscow as a very young man, long before he was famous. Movie star good looks, charisma oozing out of his pores, that hair, and what I perceived to be an ambitious but kind soul.