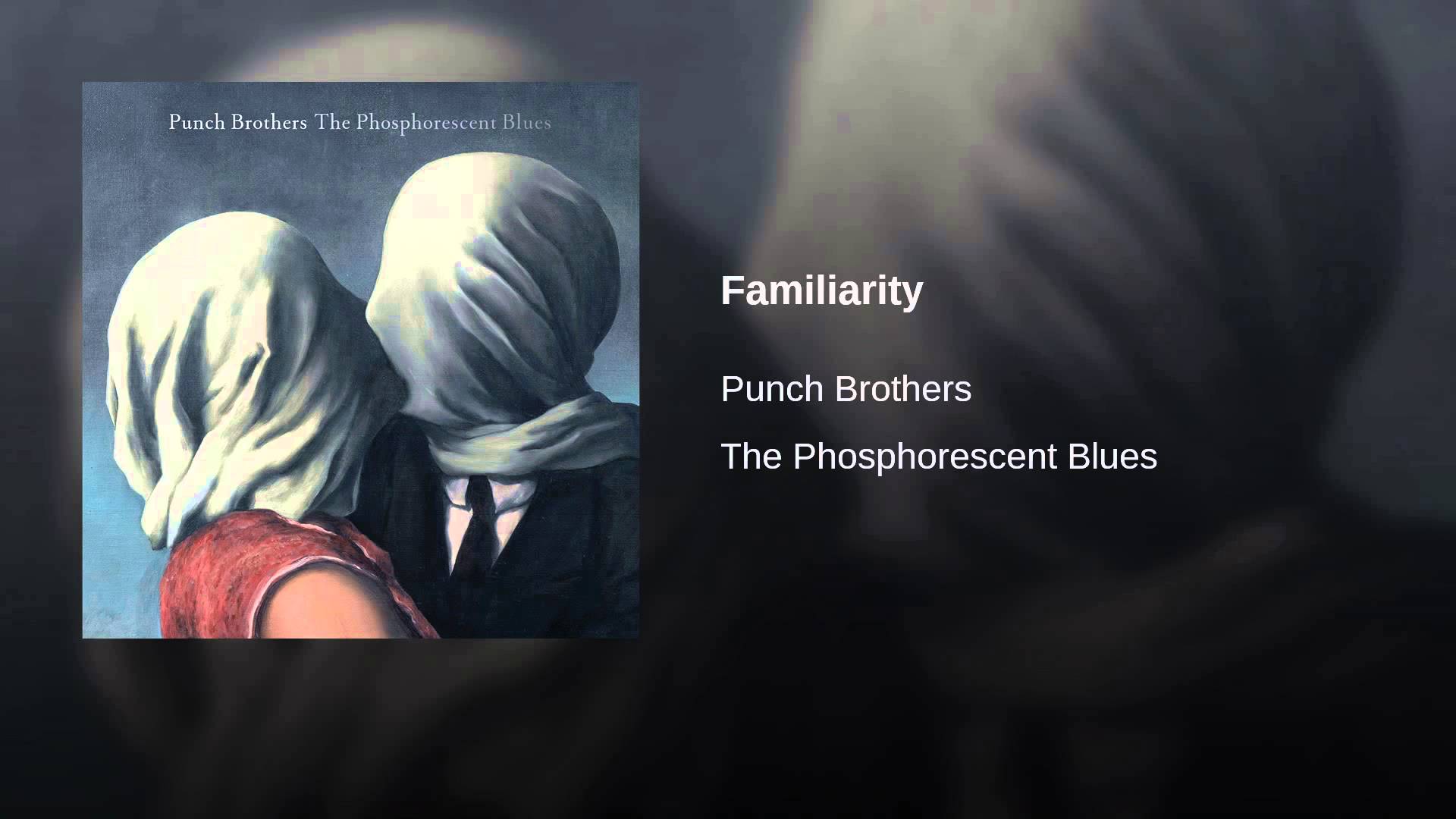 The song “Familiarity” by the Punch Brothers spoke to me on a special level when I first heard it a few years ago. It sort of redefined what I expected from popular music. The fact that there are so many musical styles and is set up in a form you usually only hear in classical music, I was completely shocked to hear this on the radio. Trained musicians singing and playing original compositions! I thought that didn’t happen anymore. What a breath of fresh air for me. The Punch Brothers are a Grammy nominated American band consisting of Chris Thile, Gabe Witcher, Noam Pikelny, Chris Eldridge, and Paul Kowert.

I think it can be difficult to decipher text in this song (and a lot of Punch Brothers’ songs). The musicality seems to overwhelm the function of text. However, hearing the lyircs read by the composer gave me a better idea of the piece as a whole. Composer, Chris Thile described a scenario where someone is hanging out with an old friend in a bar, and they haven’t connected face-to-face with each other in a while. A song starts to play on the radio they both know, and even if they might not like it, they’re familiar with it, and that brings them closer together. The song goes on to talk about love and companionship, but also everyday distractions that allow us to miss important moments of connection. What’s special to me about this piece is the use of syncopated rhythms and a combination of styles including bluegrass, classical chamber music, and American country music. This unique style of the Punch Brothers has been named “progressive classical music.”