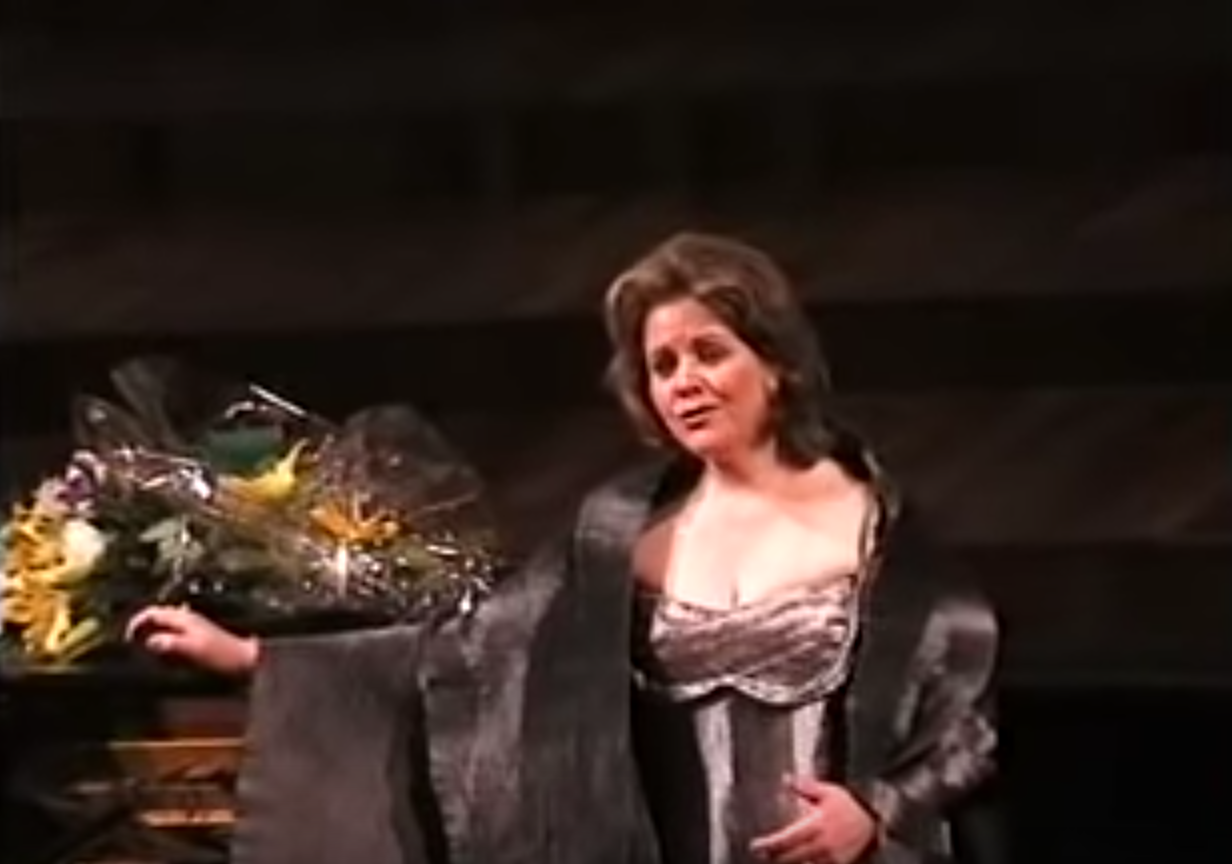 It is amazing what you can find on the internet. Trawling YouTube for this week’s videos, I nonchalantly typed “Blier Fleming” into its search engine. There were a few clips I already knew about, but also something I had not seen before: a performance of the Rondine aria “Chi il bel sogno di Doretta.” No pianist was listed, but it came from a concert in Barcelona’s Palau de la Música in 1999. Hmm, wasn’t that when I was in Spain with Renée, accompanied by my brother Malcolm and my newish boyfriend (now husband) Jim?

I listened to the performance and knew it had to be me: the balance of the hands, the very breezy intro (this was the sixth encore, no time to dawdle), the places where I tend to use a little more bass to swell the volume, the tricky, almost-perfect co-ordination under the endlessly spun-out high notes, even the place I often have a teensy screw-up—yep, Steve at the 88s. The frame is focused on Renée for the entire aria, but when she beckons the pianist to come to her for a bow…there I am. With a goatee. (Yep, 1999.) I would never have found the video except one of the listener comments: “Isn’t that Steven Blier at the piano?”

Renée Fleming had a soft spot for me. She first heard me play at Matthew Epstein’s 50th birthday bash at Weill Hall, where she also sang the Rondine aria (partnered by my colleague Martin Katz). She told me afterwards, “There’s something about the way you make music that I really like. I get your phrasing, I love the sound you make.” I went on to partner Renée in a number of concerts. We didn’t rehearse much—a couple of run-throughs per program was about it. I didn’t find it hard to get on her wavelength, though I often had the feeling I was in a very high-class jam session, responding spontaneously to Renée’s lead. That happens to be one of the ways I most enjoy playing, especially with someone as deeply musical as this artist. I don’t like overanalyzing music—it only makes my arms feel crunchy and stiff. She also cured me of a bad habit: playing the melody line while accompanying popular songs. Taking away that crutch I found new and better things to do with my right hand when improvising in Gershwin and Ellington. I’ll always be grateful for the years I had with Renée. I never got to make a CD with her, but I did get to Carnegie Hall, Symphony Hall in Chicago, the Musikhaus in Vienna, and La Scala in her company. She trusted me onstage, and that was a blessing.

I am especially moved by the end of the video, where I stand up and join Renée for a bow. There are very few films of me walking, and this one brought tears to my eyes. I was just beginning to notice difficulties getting around on my feet in 1999—mainly fatigue, and a lazy right foot that gave me an eccentric gait. But to see myself walk center stage, kiss Renée on the cheek, and bow to the public…wow. I swear I’ll do it again before I shuffle off this mortal coil. The research is moving quickly and the cure for FSH Muscular Dystrophy is certainly on the way. (A pink pill—it must be pink.)