We had our two performances, and I am now dealing with a certain amount of post-partum sadness. It’s always a little hard to let go of a great experience.

The two shows were populated by things I expected and things that took me by surprise. In the second category:

–we had an unusually full house at Caramoor. It was the opening of the spring season; the weather was non-horrible for a change, and people had their electricity back; and could it be that the Caramoor audience might even have been a little excited to hear a Rising Stars program? We now have a decade-long track record there. And Caramoor’s publicity department had done their job well. The place was packed.

–In New York, we had two surprises. (1) The elevator went out, leaving me stranded on the stage level from 2 PM till 10 PM. This sounds a lot worse than it was. I had no plans to leave anyway, my dinner was all set for delivery, I’ve learned how to take a nap in my, um, cozy dressing room, and I had faith that someone in the great city of New York would show up to fix the elevator by the time the show came down. And if not, I would be carried upstairs in the arms of a strong but tender fireman. It was a win-win situation. FYI: it turned out to be option one. The repairmen were working on the elevator during intermission, so I was denied my encounter with New York’s bravest.

–(2) the fire alarm went off raucously during my pre-show warm-up period. It was, blessedly, a false alarm, and I floated above all the chaos. The elevator was still broken, so if they needed to get me out…well, visions of firemen danced in my head again. Someone actually deemed it necessary to evacuate the entire building, but they left me in peace to work on my arrangement of “Ticket to Ride.”

And the concerts? Caramoor really fine, and Merkin (two days later) off-the-meter fabulous. I took the time to listen to the recording of Sunday’s performance so as to send some detailed notes to the cast. I don’t usually do this and clearly I ought to, based on the results. Then I got the idea of giving each of the singers and Adam a kind of watchword, a value I wanted them to work on, a specific goal for the evening. This also turned out to be helpful, a quick way to focus all the performers without lecturing them. This also helped everyone up their game.

I’d worried that Mo Zhou’s staging was so geared to Caramoor’s narrow stage and ornate columns and front staircase that it would not transfer well to Merkin. But the show worked better, if anything, on the wider expanse. And oh, the New York audience. They laugh, they cheer, they sigh audibly when something is beautiful. They were definitely part of the anti-gravitational feel of the evening.

All of us have moved forcibly onto our next projects—mine is the NYFOS gala, a huge amount of work—but the memory lingers on. So does the affirmation that creating something beautiful still matters in this crazy world of ours. 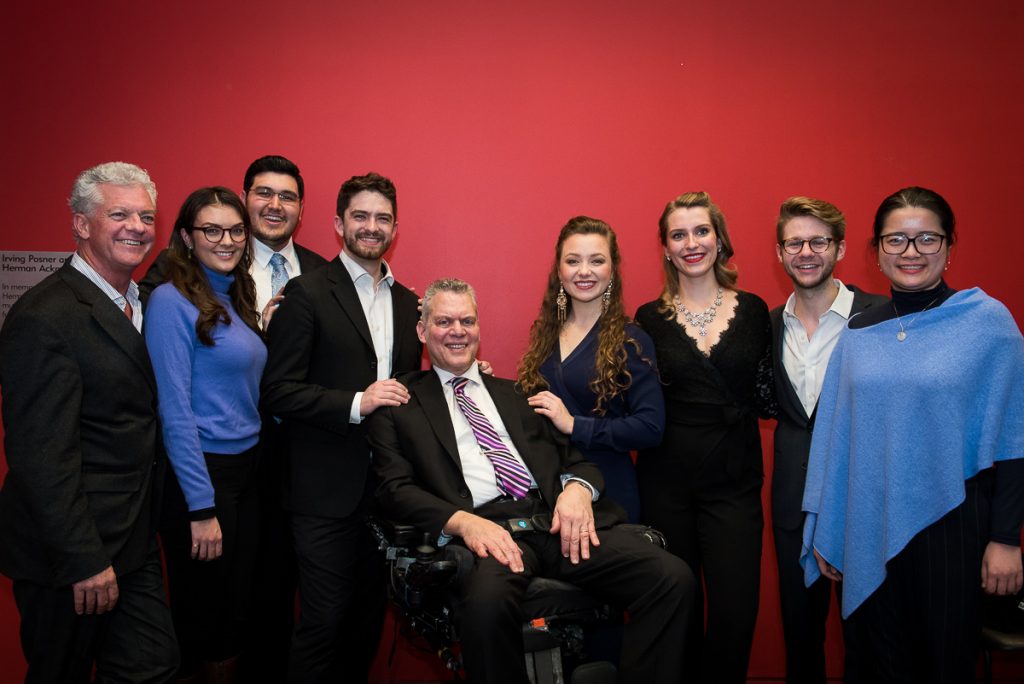