Thursday is usually the most intense day—it’s the designated time for everyone to be off book, i.e., memorized. But today—Wednesday, usually a frolic in the sandbox—turned out to be a strenuous day of contact sports. Some of this had to do with the schedule: Marco was to join us in the afternoon, but he could only get there at 3:40. It was our last coaching day with him—yes, he’ll be back for more rehearsals and he’ll play the performances with us, but then he’ll be in his role purely as flautist. So we had a lot to cover in a short period, and that meant the day ended with three hours of extremely concentrated work on all the flute stuff and all the Spanish stuff.

Christine created a bit of magic today, the kind of thing that can only happen at a place like Caramoor. We were working on her Lecuona song, “Quiero ser hombre.” It is somewhere midway between a cabaret song and an art song, with a poem by the Uruguayan feminist Juana de Ibarbourou. She talks of how she’d like to be a man—so that she could have any kind of career she wanted, she could go out walking on her own, she could wander the earth as she pleased. Latin American women did not have a lot of choices in the 1940s, and very little freedom of movement in those pre-liberation days. 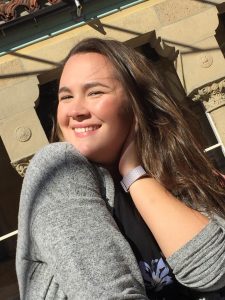 Christine has known the song for a little while now, and it was sounding good. She understood what it meant, her Spanish was very clear and amazingly authentic—good, solid work. But Michael was not sold. “Christine, the song has this descending figure, three-note groups that snake down after an upward phrase. There’s something…what’s the word for it…it has a name…oh, I don’t know. There’s something about that kind of writing…” I was a little puzzled. So was Christine. What was he getting at? “How should I do it?” Christine asked. Michael paused. “Actually, I don’t know. But you do. Figure it out—there is something to dig out of that phrase. You have the answer, not me. Go find it.” Another pause. Then Christine said something I wasn’t expecting: “Thank you.” What did she mean, I wondered? Thank you, I guessed, for not condescending to me, for trusting that I have a musical brain, that I have instincts and sensitivities of my own. It was International Women’s Day, and we were celebrating in our way.

Michael’s request was not the kind of direction I would have given a singer. But something happened: the whole song opened up. All of a sudden Christine was singing about life, and freedom, and being a woman, and wanting something. What sounded to me like musical nit-picking led straight to the Holy Grail. Everyone felt it. Hannah actually leapt to her feet and applauded. I thought I saw tears in Christine’s eyes.

Everyone, in fact, rehearsed as if their lives depended on it. I took the day to get closer to pianist Ho Jae Kim, pulling him in to play four-hand piano with me, molding his phrasing, balancing the sonorities of his two hands. He is such a surprising musician. I imagine all this material is pretty new for him, but I nicknamed him Ho Jae O’Lee after he played his Irish song with the eloquence of an old bard. He’s come up with some fabulous results in Cuban music too. Ho Jae has a tremendous musical instinct, and when his ear, nervous system, and hands coalesce—when he grasps what the music is, what it needs—the results take my breath away.