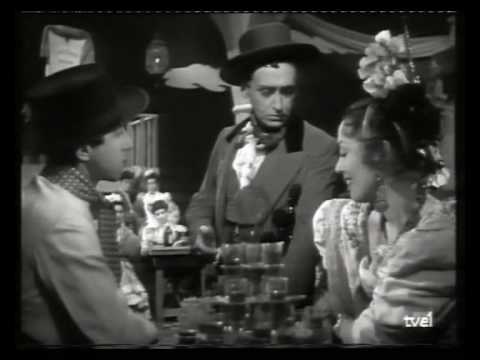 La Bien Pagá as sung by Miguel de Molina. A spaniard, he ended up in Argentina. These old musical films are delicious with their emotional drama. This one is about his ex- the “well paid” woman. And she seems so amused! The musical style is like an old zarzuela aria, complete with orchestral interludes between verses, and even a spoken verse toward the end. But it’s Molina’s strange tenor voice, full of melismas and pain that makes this song so interesting to me.

I don’t owe you anything
I’m not asking you for anything
I’m leaving your side, so forget me already
Because I have paid for your sun tanned flesh with gold<
Don’t curse, you boor
We are in peace with each other now

Well-paid
Yes, you are well-paid<
Because I bought your kisses
And you surrendered yourself to me
For a handful of money
Well-paid, well-paid
You were well-paid, woman