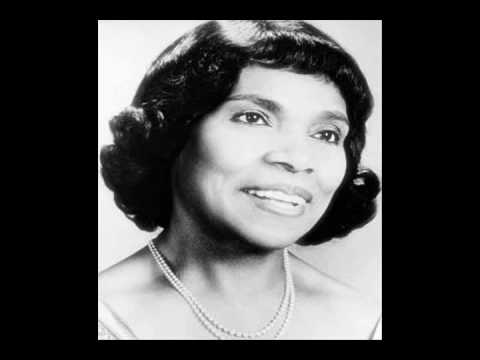 We revisit a week of Black American spirituals curated by Michael Barrett. This post originally ran on September 28, 2015.

I have just been baptized in the Colorado River. It wasn’t intentional. I was swept into the rapids of Cataract Canyon about 100 miles south of Moab, Utah. I had several mouthfuls of the the holy water, and somehow survived. Two nights before I had played the NYFOS concert Harlem Renaissance at the Moab Music Festival with pianist John Musto, soprano Julia Bullock, baritone James Martin, and tenor Robert Mack. It was a moving experience thanks to the poetry (Langston Hughes, Zora Neal Hurston, County Cullen, et al), great music (Fats Waller, Eubie Blake, Duke Ellington…), fabulous performances, and a sold-out house of people who really got the point—the flowering of the the musical and written word in 1920’s Harlem from our Black brothers and sisters. What a moment of pure American expression. I think it was what what Frank O’Hara was getting at when he wrote a “real right thing”. I also went to the Pope’s Mass at Madison Square Garden a few days ago. My wife Leslie was in the orchestra playing with Jennifer Hudson, Harry Connick Jr., Kelly O’Hara—and the turgid, uninspired, mostly 19th and 20th century liturgical tunes that comprise the modern Catholic Mass. Why, I thought, would they bother with this pablam when there is so much God-inspired music out there, expressly written for the Mass? Don’t get me wrong—I really like the new Pope. He was pooped out by the time he got to MSG, but he was there, and represented his new progressiveness in the Catholic Church. I personally don’t care for organized religion, but this guy has caught my attention and his humanism and tolerance seem to be giving the world some hope. Finally, a religious leader talking the talk and walking the walk. But it all brought me back to America and our music, our town—NYC/Harlem—and the beauty of music that comes out of adversity. It was explained to me several years ago that much of the Black spiritual texts were in code. Old Testament phrases like ‘The promised land’ were code for freedom. The ‘River Jordan’ was the Mississippi. Getting over the river to “campground” or “my home” is where a new life of freedom could begin.

Here is Marian Anderson, one of America’s greatest heroines and vocalists in “Deep River”. She makes me proud to be an American, and though I’m not religious, she, the Pope, and the Colorado River have brought me closer to God.