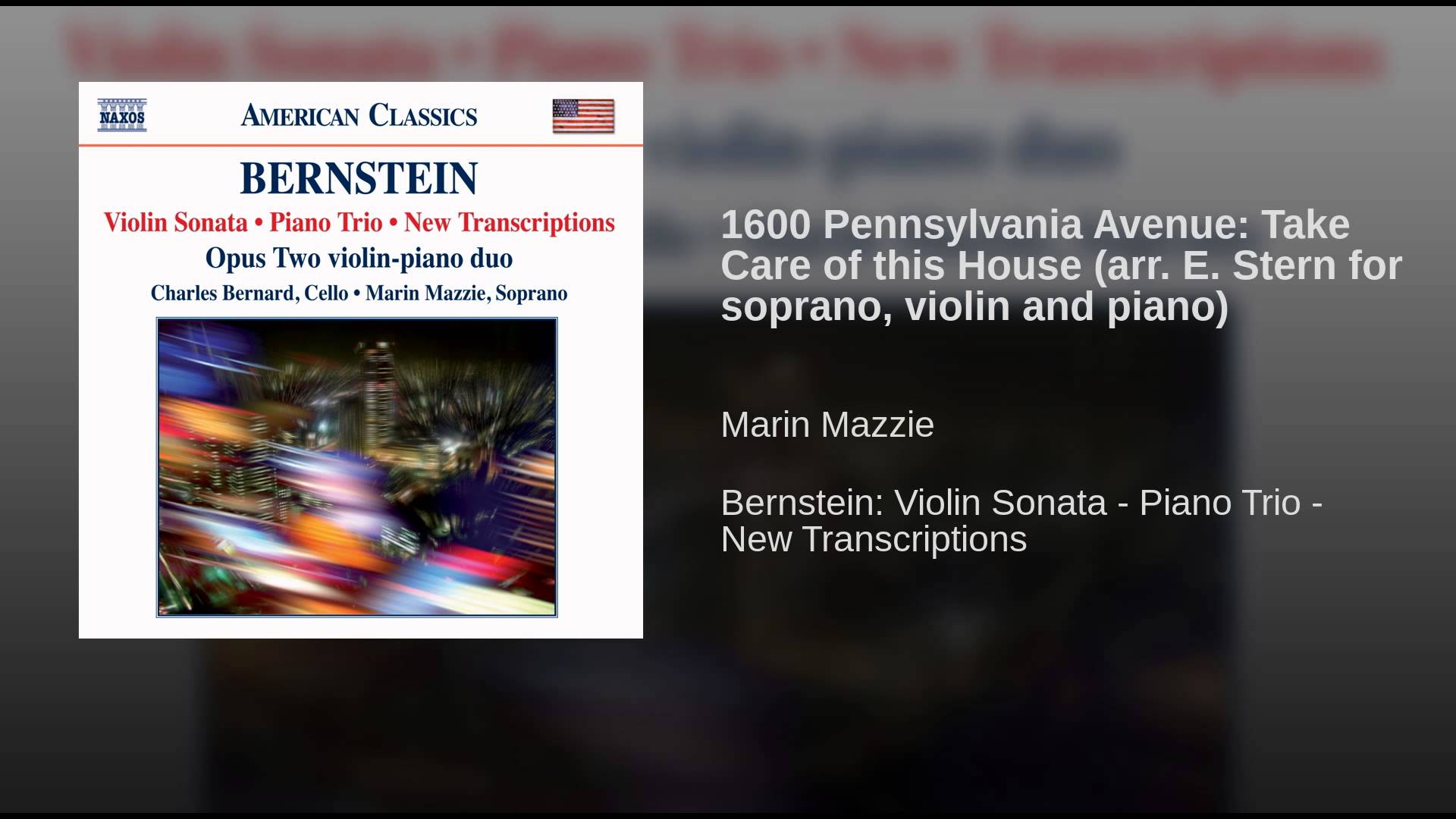 I had planned a different Leonard Bernstein tune to finish out my most enjoyable stint as “Song of the Day” blogger, but the events of last week compelled me to swap out my initial choice, so: some other time.

Politics and musical theater have always gone hand in glove, or, rather, iron fist in velvet glove.  There is something about the outsized egos of the political realm, the easy (and necessary) targets for satire, the unfettered public displays of enthusiasm and/or contempt that seem to find a felicitous home on the theatrical stage.  The first musical ever to win the Pulitzer Prize was Of Thee I Sing, a deliriously well-crafted spoof, written by the Gershwin brothers, George S. Kaufman, and Morrie Ryskind back in the early days of the Depression.  I’ve always held a warm spot in my heart for that show, so imagine my great pleasure when Steve Blier asked me to resurrect a concert version that I built around the plot of Of Thee I Sing, plus dollops of two other Gershwin/Kaufman/Ryskind political satires, entitled “Mr. Gershwin Goes to Washington” for NYFOS.

We’ve pulled that concert out of the cabinet many times over the last dozen years or so for NYFOS, in a variety of venues.  The barbed hijinks of the material always resonated differently depending on the crucial political actualities of the day. The most benign of the three musicals, Of Thee I Sing, revolved around a president who gets mixed up with a romantic indiscretion that provokes an impeachment hearing; that part played pretty well for a few election cycles.  One other Gershwin satire we used, Strike Up the Band, was about a megalomaniacal businessman who starts a war with a foreign country so he can brand it with his name and bilk profits from the resulting chaos; the other, Let ‘Em Eat Cake, a sequel to Of Thee I Sing, is about a fascist dictator taking over the White House by making empty promises to the proletariat.  Until last week, I used to think these two shows were pure fantasy. 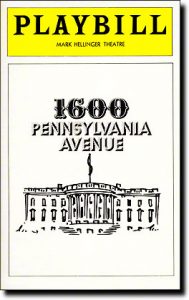 “Take Care of This House” is a sober rebuke to such frivolity.  It emerges from the wreckage of one of Broadway’s most curious disasters, 1600 Pennsylvania Avenue, a musical celebration of the Bicentennial, written by two of the best writers to ever stride along the canyons of the Theater District, Leonard Bernstein and Alan Jay Lerner.  Bernstein and Lerner had known each such since their Harvard days and, with their respective track records of breaking down boundaries and seriousness of purpose, they appeared to be an excellent match.  The vehicle for their collaborative debut was equally ambitious:  a retrospective of a dozen presidential administrations in the early decades of this country’s history, using the White House itself—and its African-American domestic staff—as a tension-laden metaphor for, among other things, America’s complex contradictions about race and equality.

Perhaps if 1600 Pennsylvania Avenue had been directed by Jerome Robbins and produced by a diplomatic tag-team of Benjamin Franklin and George C. Marshall, it might have survived the internecine warfare, bruised egos, and textual depredations that the show endured out of town; it limped into New York in early May of 1976 and expired within a week.  Some of the score’s most compelling remnants have been glued and stapled together subsequently into various cantatas and concert pieces, but the musical’s conceptual ambitions for the stage vanished forty years ago.

I’m of the opinion that a failure created by talented people is never wholly a failure.  “Take Care of This House” is occasionally performed to this day as a recital piece, but its original context showcases the breadth and depth of Bernstein and Lerner’s preoccupations. It is sung by Abigail Adams (not her first appearance on the Broadway stage, as fans of 1776 know full well, but it is her debut as a First Lady) to a young black slave, named Lud, who will eventually grow old in service of the presidential residence, and live through the Emancipation Proclamation.  Lerner, who could be as self-consciously clever in his lyrics as Cole Porter or Noel Coward, hews to a very simple message—everyone owns a part of the American Dream—and the words are easily and accessibly imparted to a young boy by an experienced woman; you’ve got to be carefully taught, indeed.

Bernstein felt that his score had been traduced in its Broadway incarnation and forbade a cast recording.  The redoubtable Patricia Routledge, who originated the demanding role of First Lady, can be heard singing “Take Care of This House” in a concert or two, years after the Broadway production.  I have chosen Marin Mazzie’s version because I think she represents the indomitability and purity of the best American values; she’d also be swell as the First Lady, if someone is clever enough to put the pieces of 1600 Pennsylvania Avenue back together someday.

Of course, the pieces of the real 1600 Pennsylvania Avenue may well have to be put back together someday; thank goodness for the power of American song to open our hearts and minds so that we may be touched by the better angels of our nature, as a famous inhabitant of That House once said.  It’s the hope of us all.

[There is an entire episode of my radio program, Broadway to Main Street devoted to patriotic values in the American musical, “Worth Fighting For.” Here’s the link on iTunes]