Lambert Hendricks and Ross: Count Bassie’s ‘Every Day I Got the Blues’ 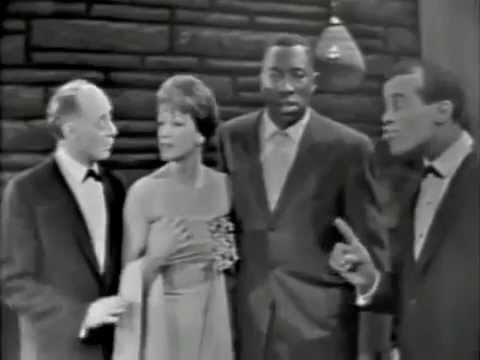 This week I want to share singing groups that I think really defined their time. I can’t do them all. The Andrews sisters sure made their mark, and captured their full share of fame, but maybe we won’t have time for them. But let’s start with Lambert Hendricks and Ross (Dave, Jon and Annie). They had a very long career and were at the top of their game for three decades. I recall them from my teens and early twenties as the best scat singing jazz trio, and as a “must hear in person” group. They really used their voices like instruments. Here is “Every Day I Got the Blues” with Joe Williams joining in on the cantus firmus. Count Bassie. Listen to the end to really hear the full instrumental effects from these singers. The three of them are like a big band unto themselves. I had the pleasure of working with both Jon Hendricks and Joe Williams on separate occasions. Two great gentlemen.