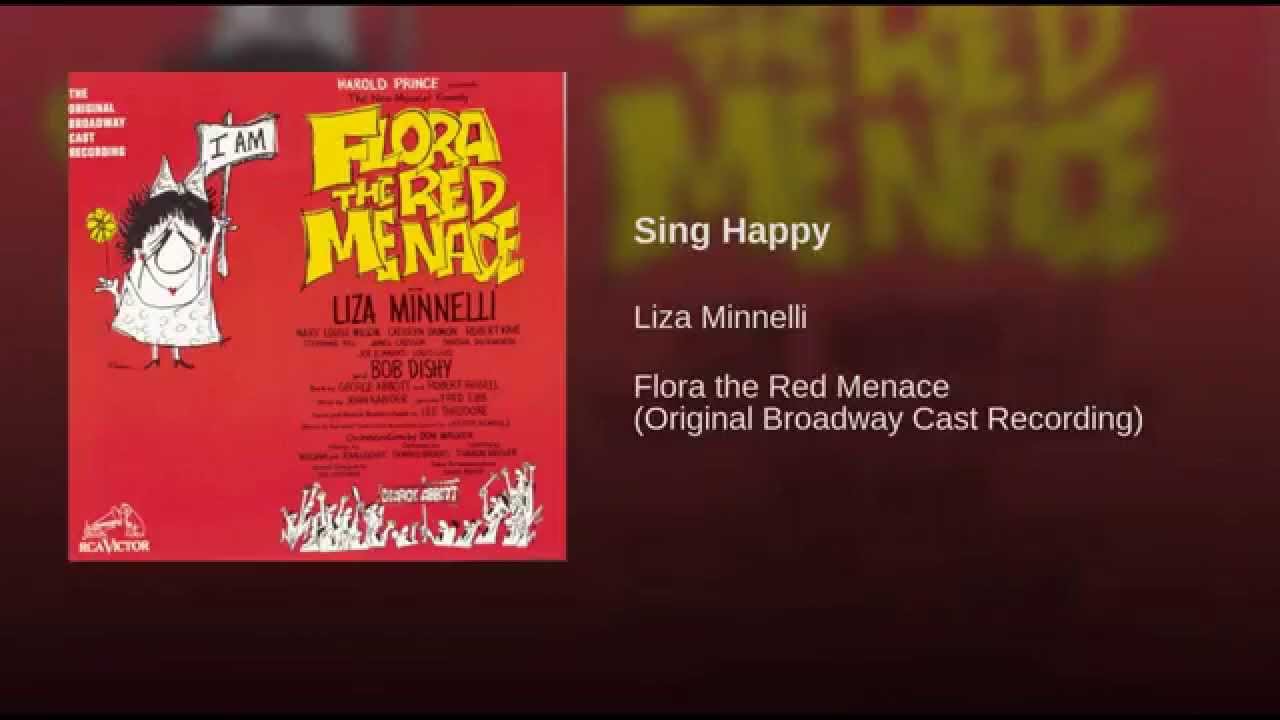 To close the benefit program this week I grabbed a song Amanda Bottoms offered: “Sing Happy,” from the 1965 Flora the Red Menace. The musical is famous for a few things: it marked the first collaboration of composer John Kander and lyricist Fred Ebb, who would soon go on to write Cabaret, Chicago, and a raft of Broadway hits; it won a Tony for Liza Minelli, who was making her Broadway debut at age 19; and it was a flop. Like many Kander and Ebb works, Flora had a politically ambitious premise, but its director George Abbott came from a more traditional theatrical ethos. He was a giant, but not the right giant for this problematic material.

The most famous song from Flora is the ballad “A Quiet Thing.” It talks of how gentle it can be to fall in love:

“Sing Happy” is at the opposite end of the spectrum: a classic Liza Minelli smiling-through-the-pain belter whose more famous prototypes are “Maybe This Time” and “But the World Goes Round.” Kander and Ebb use a classic, sure-fire formula: an ostinato rhythm, a slow build of dynamics through successively rising keys, and a lyric in which the character insists on triumphing over a painful past. It’s the music-theater version of “I Will Survive,” a song whose power has lasted well past its use-by date. And Amanda can sell “Sing Happy” like a trouper.

It seemed like the perfect closer for the FSH gala: emotional, tough, a hymn to victory over challenges. And I am especially happy to be playing it—for the first time—after running into John Kander last week at a performance of “The Inspector General.” What a kind, intelligent, sensitive man he is. I was shocked to find out at the University of Google that he was 90 years old. He seemed as youthful as ever. I’ve always been grateful to John for the way he reached out to me when we first met in 1985, offering encouragement and support during a time when I was very lonely and isolated. We were strangers, but he gave me a lifeline for which I’ll always be grateful.