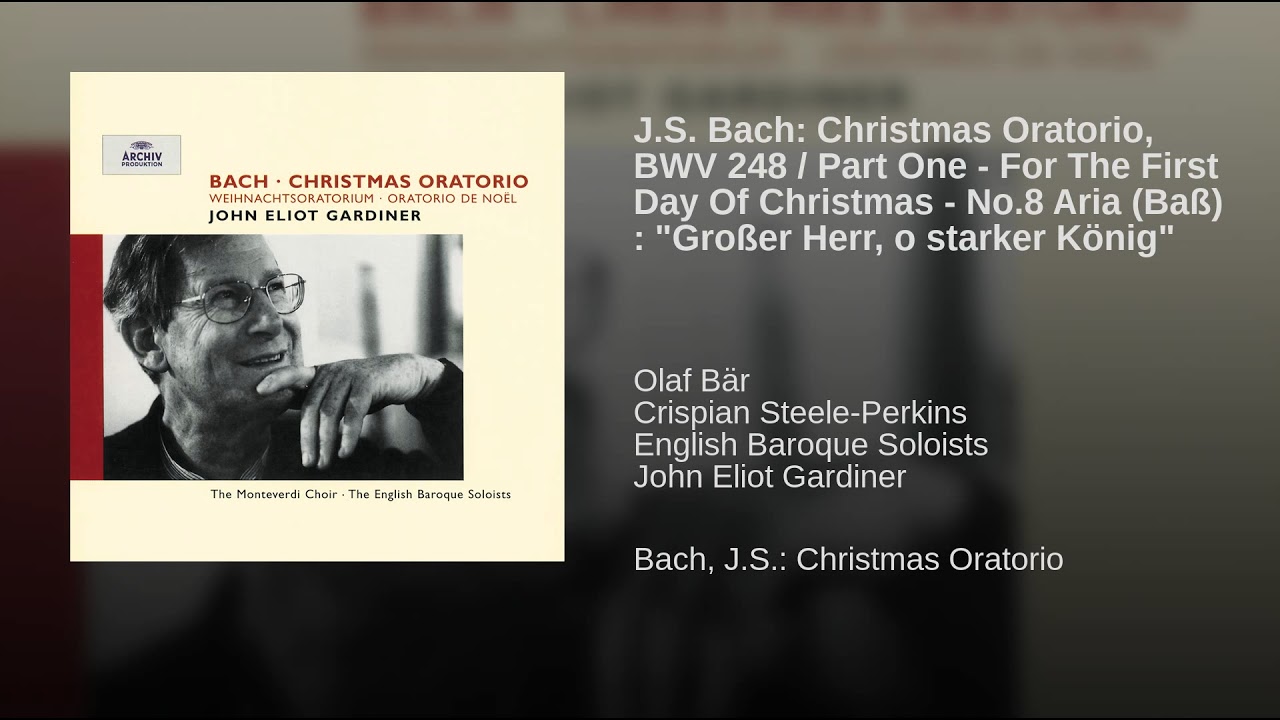 Since I am feeling celebratory after our fantastic NYFOS 30 th Anniversary concert last night, I picked a joyous bass aria from Bach’s Christmas Oratorio. Bach has become my favorite composer over the years. He’s just the best not only because of his incomparable technical chops, his innovativeness and originality, the deep feeling that is expressed in his music, his text setting and painting, his brilliant orchestrations, etc. are all among the best any composer ever has to offer. But all of his discrete skills are always tied together and elevated beyond the sum of their parts by the joy of making music that is ever-present in his music. Whenever I listen to Bach, I get jealous of the people performing it! I even wish I played recorder when I hear Bach because he can make even that lame, overtone-poor instrument sound fun and irreplaceable in his writing. Bach seems to get how different instruments communicate certain unique emotional resonances, and I think he understood how certain types are drawn to certain instruments. When I listen to this aria, I hear so much distinct personality in the strings as they flitter in and around the vocal line. I know my flautist friends would love playing their lick in this great jam, and I don’t even have to talk about how fun and deeply pleasurable the trumpet solo is!

After trying to choose among various live video performances of this aria on YouTube, I decided to go with my favorite recording of it—conducted by the exemplary Bachian, John Eliot Gardiner and sung with virtuosic gusto and class by Olaf Bär—even though there is no video of the performance. Let your imagination fill in the delight that must play on the orchestras faces as they saw and toot their way through this joyous romp.That’s another thing I love about Bach: the fact that the great and powerful king cares not for splendor is a cause for celebration for him. Amen!