Igor Stravinsky: A Sermon, a Narrative and a Prayer 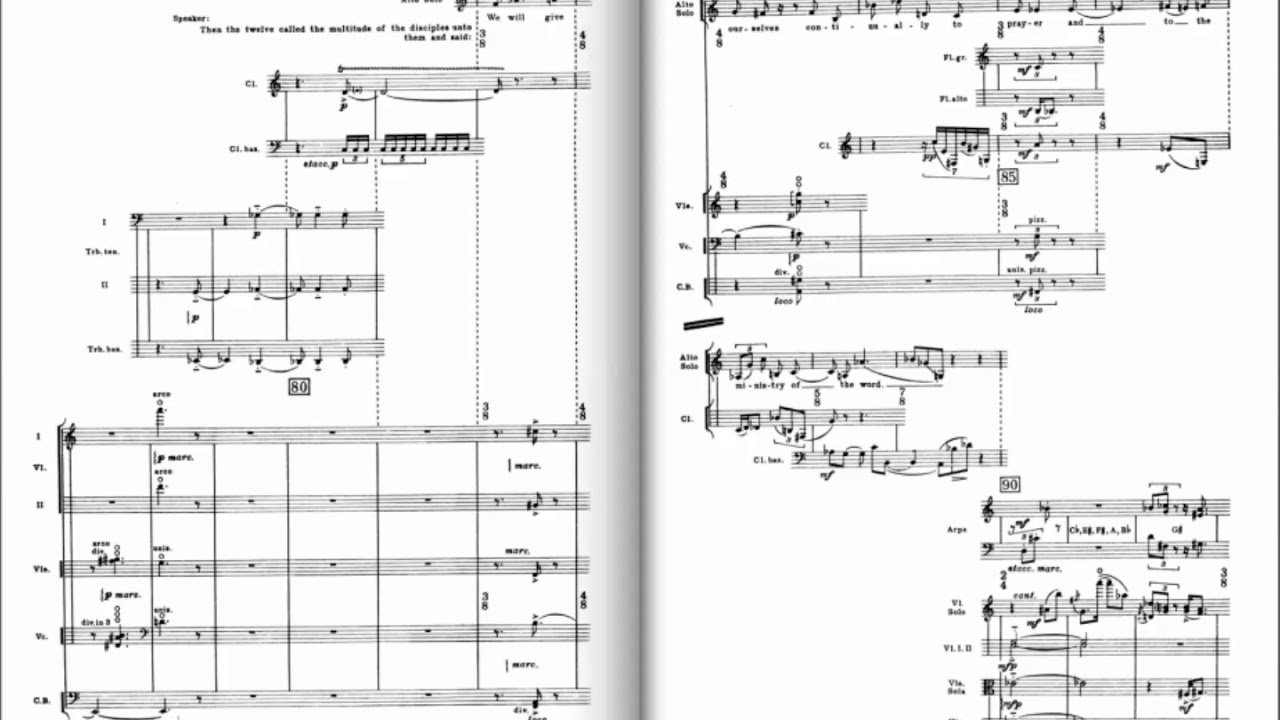 Igor Stravinsky became a naturalized citizen of the United States in 1945. After a little over a decade of living in the United States, Stravinsky entered into what is often referred to as his Serial Period. Arnold Schoenberg and Stravinsky often butted heads in their time, arguing over the future of classical music. Though Stravinsky was known to criticize Schoenberg’s compositional process, he quickly made use of the serial techniques and dodecaphony that had been associated with Schoenberg’s style immediately upon Schoenberg’s death in 1951. His cantata, A Sermon, a Narrative and a Prayer comes from the years 1960-61. The work exemplifies a blending of his neo-classist style with the serialist trends commonly seen in the United States during the first half of the century. For example, the work uses canons, a technique Stravinsky often modeled after J.S. Bach or earlier polyphonic composers. However, in this piece, the blending of the canonic style with serialism parallels Stravinsky with composers like Pierre Boulez. The evolution of Stravinsky’s style post-immigration to America is striking.