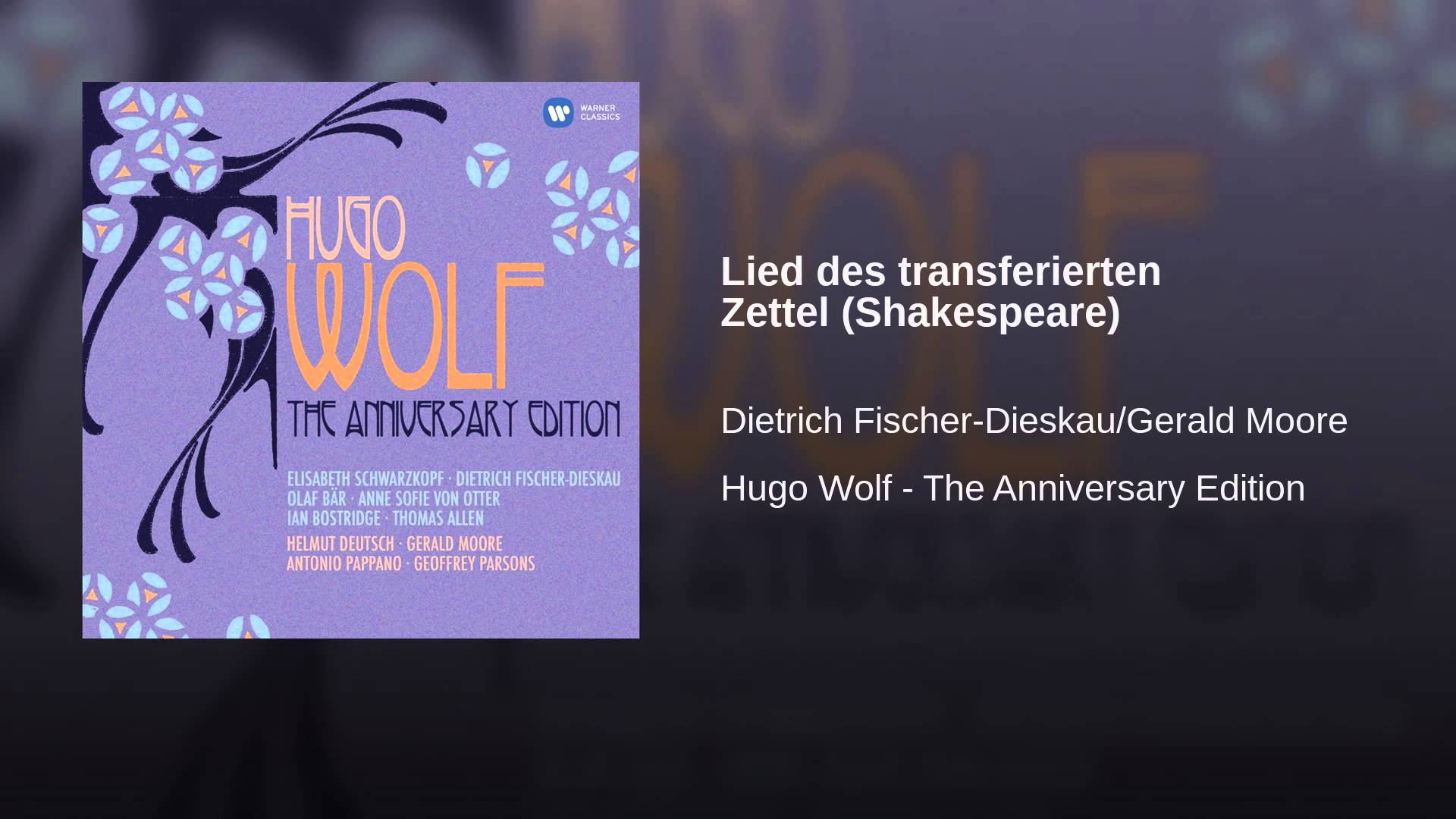 Of course, English-speakers were not the only ones inspired to set Shakespeare’s words. Composers around the world worked with his lyrics in their native tongues, and we’ll be featuring some ‘Lyrics by Shakespeare’ in Russian and French in our August concert. Today, however, let’s try German:  Hugo Wolf’s setting of Bottom’s song from A Midsummer Night’s Dream, in translation by August Wilhelm Schlegel; performed by Dietrich Fischer-Dieskau and Gerald Moore.

The ousel cock, so black of hue,
With orange-tawny bill,
The throstle with his note so true,
The wren with little quill.

The finch, the sparrow, and the lark,
The plain-song cuckoo grey,
Whose note full many a man doth mark,
And dares not answer nay.

← Prev Post: "Roger Quilter: It was a lover and his lass" Next Post: Hector Berlioz: La mort d’Ophélie →