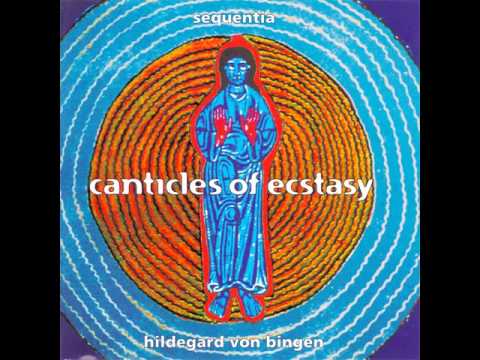 This week we’ve been talking about and hearing from women composers. Women composers are achieving mixed success in entering the male dominated world of classical composition. I think that the quality of one’s work tends to carry the day, and help establish a compositional voice and career, but it has traditionally been the dearth of recognition, and lack of opportunity that has held back talented women.

Looking back over 900 years, I am ever in awe of Hildegard von Bingen. (1098-1179). I think you will be transported when you listen to her “Canticles of Ecstasy”. Hildegard was a genius. She wrote extensively on spiritual matters and the natural sciences, and wrote a great deal of music. Women composers may not have reached equality with their male counterparts just yet, but they certainly have an extraordinary model who predates J.S. Bach by 600 years. Here’s to Hildegard’s example, her memory, and her living music.