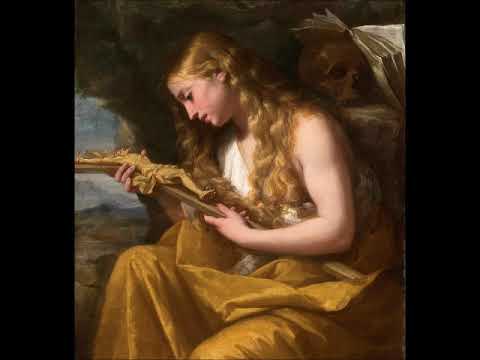 A student and I were talking about the operas we’d heard in recent months, as we often do at the beginning of a session. It was a slightly depressing discussion, and one I’ve had several times recently in my studio during a period when there has been a lot of alarming crash-and-burn singing across the Plaza from Juilliard. I was doing my best not to be dismissive of the current generation of performers, apparently in vain. “Steve,” this young man asked me, “is there anyone singing today who does have some of the qualities you remember from the old days?”

I didn’t want to seem like a curmudgeon or a BOQ (“bitter opera queen”), so I said I’d get back to him. And today I thought of a singer I’ve come to admire a great deal—a woman I have never heard live, but whose recordings and broadcasts have that Golden Age beauty and the kind of vocal discipline I crave.

The Latvian soprano Marina Rebeka has sung some big stuff at the Met—“William Tell,” “Norma.” I’ve been fascinated by her voice ever since I heard her as Donna Anna on a Sirius broadcast of “Don Giovanni” in 2011. Her tuning was precise, almost instrumental. Her color was mysterious—dark and bright at the same time, what the Italians call chiaroscuro. The vibrato: narrow and even, spinning all the time but with an impression of stillness. The timbre: at once lean and plush. “She’s like a female Hvorostovsky,” I thought to myself.

I focused a lot on Rebeka this spring and summer because I was doing some obsessive listening to Verdi’s early opera “Luisa Miller.” I’d heard a performance at the Met that left me somewhat frustrated and unsatisfied (though I freely admit I cried like a baby at the end). I discovered that Rebeka had a new recording of it—thank you, Spotify—and I dove in. Eureka!

I’d grown up with the recording Anna Moffo made in 1965, in which she is often lovely. The role is a bit heavy for her, and as a result her Luisa is all lachrymose fragility, a vulnerable and helpless young woman. She’s like a stick of butter left out in the sun. Marina Rebeka is the opposite: steely and firm, defiant and strong. There are few technical challenges she doesn’t master with awesome resources. There is no little puckery burble when she goes into her upper register (what singers call the “passagio”). While Moffo leans on a little sob to finish her lines, Rebeka ends her phrases with poise, spinning off the last note like an expert gymnast. No grace note, no awkward bit of coloratura fazes her. It’s all there, clean as a whistle.

I began to think that Anna Moffo’s Luisa was built on an older idea of femininity, one that I remember from the 50s and 60s when women were still called “the weaker sex.” Marina Rebeka lacks Moffo’s warmth, and she can sound a little tough in Romantic roles. At the end of “Norma,” which I heard on Sirius, her touching plea that her father bring up her illegitimate children after her death sounded more like, “Dad, you need to take the kids, I’ve got to be away on a business trip, the plane’s in an hour.”

Yes, Marina Rebeka can be brusque. But she’s an expert singer with musical class and a timbre that won’t leave my imagination. She has dignity, fierceness, and stature—a diva for our times. I can’t wait to see her live—though she doesn’t appear to be coming this way this season, alas.

Here’s a link to the whole “Luisa,” but why don’t you start with the final section of the Act III duet with George Petean, who sings a stunningly beautiful performance of Miller:

(2:17:30). They both take the first two phrases of the melody in one breath, which rocks my world.

And if you want to hear more heart-stopping “Luisa” beauty, here’s Caballé live from the Met 1968. An excerpt from the Act III duet with Rodolfo, here sung by Richard Tucker. It still makes me cry, so excuse me while I look for some Kleenex.