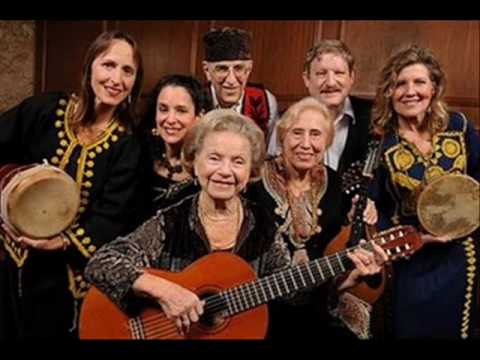 Jewish communities can be found all over the world and can be heard speaking many different languages. Ladino is the vernacular favored by many Jews of Sephardic (Spanish) descent. Also called “Judaeo-Spanish,” it contains elements of Hebrew, Greek, and various Balkan dialects as well. The Bosnian-born songwriter Flory Jagoda brings us this infectious, sultry ode to the festival of lights and of various fried, sticky-sweet delicacies!